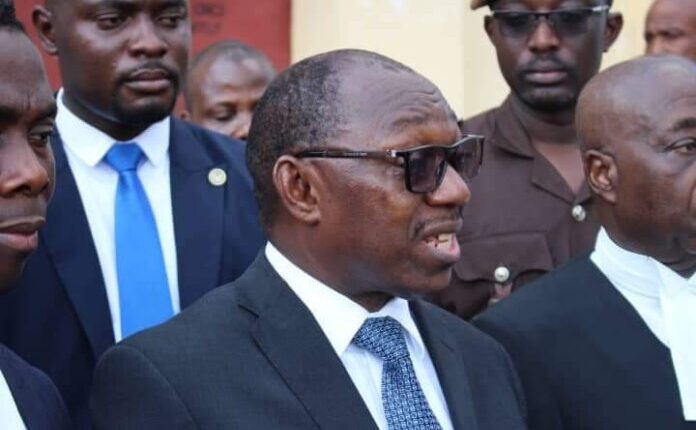 The Supreme Court has overruled an attempt by renowned lawyer, Tsatsu Tsikata, to get Justice Clemence Honyenuga removed from the panel hearing a case involving the people of Santrokofi, Akpafu, Lolobi, and Likpe (SALL).

It is the case of Mr Tsikata that Justice Clemence Hornyenugah has deep emotional ties with the Energy Minister, John Peter Amewu, who the people of SALL say could not represent them as MP since they were not allowed to vote in 2020 elections.

Mr Tsikata, on December 31, last year, wrote to the court to have the said judge recuse himself from the case.

He argued that the judge would be biased in handling the case since he was a close friend of the Hohoe MP-elect, John Peter Amewu.

But the court presided over by Justice Yaw Appau shot down the demand, siding with the Deputy Attorney-General, Godfred Yeboah Dame, theghanareport.com’s Gloria Kafui Ahiable reported.

“The ground of objection raised is simply that Justice Honyenugah has a long-standing relationship with the interested party.

“In our view, any allegation of potential bias is a serious matter and therefore must attend to it favourably only with evidence.

“Incidentally, the Hohoe MP-elect is not necessarily a direct party to the case, but a beneficiary who may stand to benefit from the ruling.

“ There is no affidavit to support grounds of personal relation. There is no merit in the objection raised and is hereby overruled,” the five judges sitting on the case agreed unanimously.