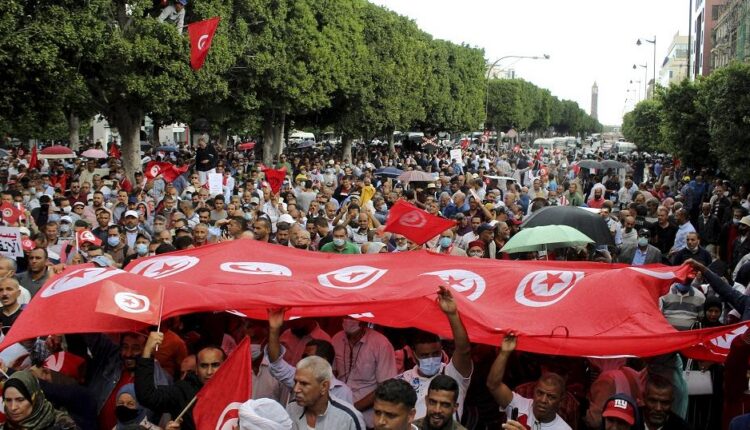 Thousands of Tunisian demonstrators have gathered in the capital on Sunday to protest against President Kais Saied’s “exceptional measures”.

Government critics have described the latest measures as “a coup”.

At the end of July, Kais Saied’s dismissed the Prime Minister and froze parliament.

Many see the president’s latest actions as a return to autocracy and the status quo that led to the Arab Spring in 2011.

“The future in Tunisia is really scary to me. For now, we don’t know what we will have as institutions. We don’t have a parliament, we don’t have democracy in our country. I am really scared”, said Raja Masmoudi, a teacher who took part in the demonstration in Tunis.

“We need this crowd to be ten times more, and not just in Tunis but in all the governorates, in all the big cities, (the demonstrations) have to be everywhere. We have to get to the stage of civil disobedience, because if Kais Saied and if those who carried out the coup stay in place, then Tunisia will be financially ruined and we will have a civil war, like Lebanon 40 years ago” claims Mohamed Souhail, a 63-year-old engineer.

In the latest raft of measures, on September 22nd, the President partially suspended the 2014 constitution giving himself the power to rule by decree.

President Saied justified his actions by saying he is saving the country from a triple economic, political and health crisis.