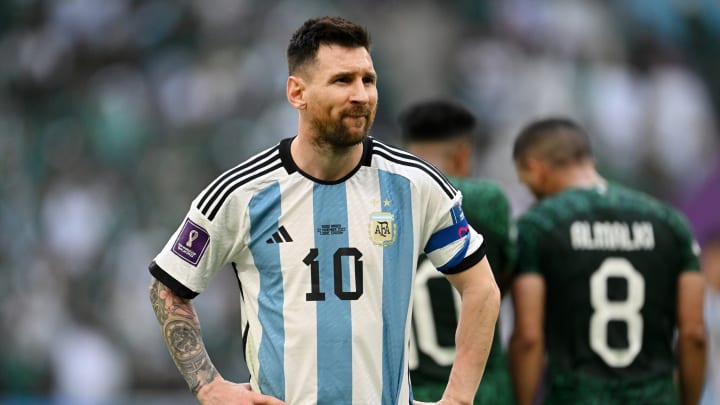 Saudi Arabia – a team ranked 51st in the world – shockingly beat Lionel Messi’s Argentina on Tuesday thanks to a heroic second half performance.

Argentina were one of the favourites to win the World Cup heading into the tournament in Qatar, but were shocked by a spirited Saudi Arabia at the Lusail Iconic Stadium.

Messi kickstarted his World Cup in the way many expected inside the opening 10 minutes, converting a penalty kick with ease.

The talk on Twitter was not about Messi’s opening World Cup goal however, rather what the penalty was given for. After a VAR review, Rodrigo De Paul was adjudged to have been dragged down inside the box, in a way not too dissimilar to how Harry Maguire was in England’s game on Monday.

Argentina would rather casually dominate the remainder of the first half, finding the back of the net on a further three occasions.

Every one of the goals were ruled out for offside.

While others were, surprisingly, impressed by Saudi Arabia’s offside trap – if it even was a ‘trap’.

Out of nowhere, Saudi Arabia managed to make all those tight offside calls count at the start of the second half, as they managed to nab an equaliser.

The goal would come courtesy of Saleh Al-Shehri, who capitalised on some rather slack defending from Cristian Romero before firing the ball brilliantly into the bottom right corner of the net.

And then something even more improbable happened.

The goal was a brilliant one too, with Salem Al-Dawsari beating two men on the right hand side of the penalty area and then curling wonderfully past Emi Martinez and into the net.

As expected, Argentina pressed forward in search of an equaliser thereafter, but some heroic defending from Hassan Al-Tambakti to deny Messi a clean strike on goal…

Meant that La Albiceleste would be kept at bay.

The final chance of the game would be a glorious one for Argentina in the 92nd minute.

After Al-Owais rushed out of his net and palmed the ball to Julian Alvarez who subsequently volleyed toward the empty goal. At the last second however, Abdulelah Al-Amri ran back to clear off of the line and save his side.

And that was that.