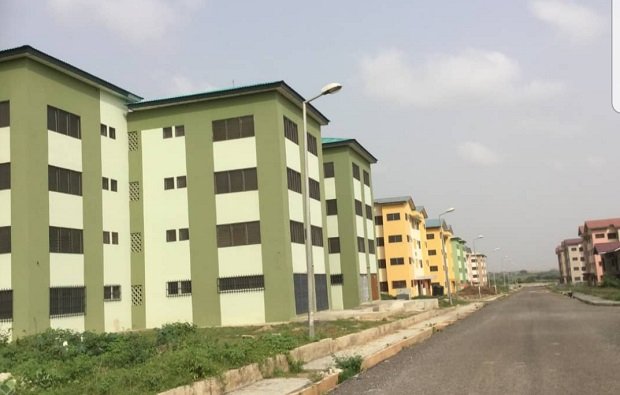 Prices of houses termed ‘affordable’ by the Ministry of Works and Housing has generated a storm on social media, with angry Ghanaians describing the prices as outrageous.

With prices starting from GHC99,000 for a standard one-bedroom flat and GHc 142,500 for a special one-bedroom, Twitter is boiling with angry Ghanaians questioning the government’s touch with reality.

The Ministry of Works and Housing last week announced the prices of housing units under the Asokore Mampong Affordable Housing Project in the Ashanti Region.

According to the ministry, about 1,079 housing units are ready for sale.

But Ghanaians are raising hell over the prices. They insist the prices are beyond the pocket of the ordinary Ghanaian.

The affordable housing units are meant to help augment Ghana’s housing deficit of about 2 million units.

The project comprises 91 blocks of one-bedroom, two-bedroom and three-bedroom flats with complementary infrastructure and community facilities.

Speaking in an interview, monitored by thegahanareport.com, Mr. Antwi justified the high cost of the houses.

According to him, because of the limited government funds,  the government outsourced part of the project to Social Security and National Investment Trust (SSNIT) to complete, thus the high prices.

” You know the government of Ghana has limited funds. So we outsource to  SSNIT to invest into the project, and companies are in business to make a profit even though the government tries to subsidise the cost…that is why we arrived at this cost,” he explained. 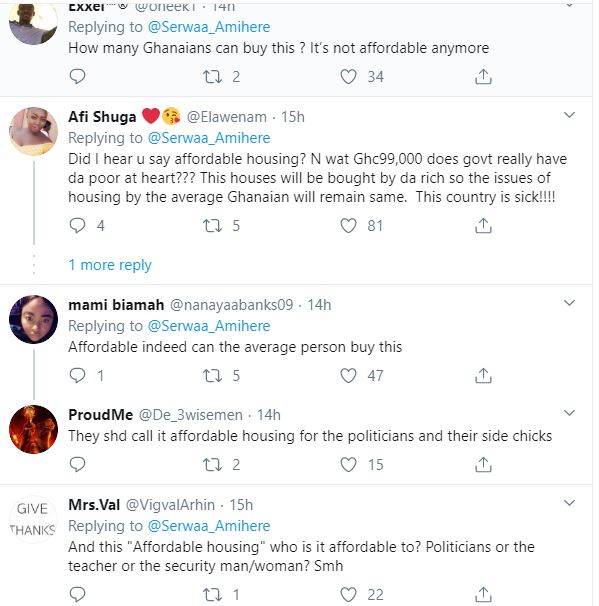 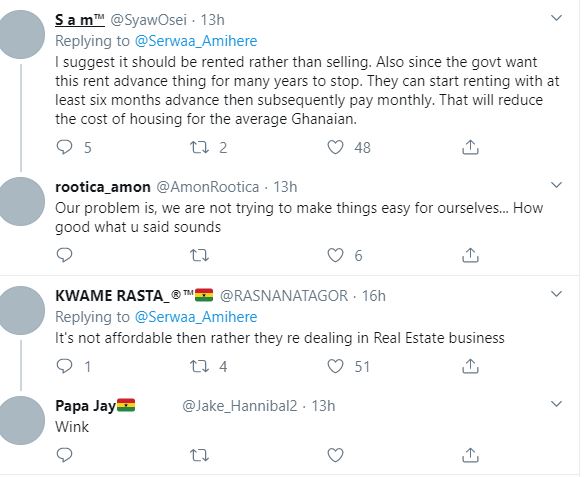 Politicians in Ghana are the luckiest people in the world. Affordable housing which costs GHC99, 000 hmmm😔.
The truth is that even if these politicians rely solely on their salaries they can’t afford these so called affordable housing. Once again the poor is neglected. God sees pic.twitter.com/jMFgExnqj3

Ghana’s affordable housing prices can give your orgasm herrrrr , even the chief in that community can’t pay that amount of money 😂😂😂😂