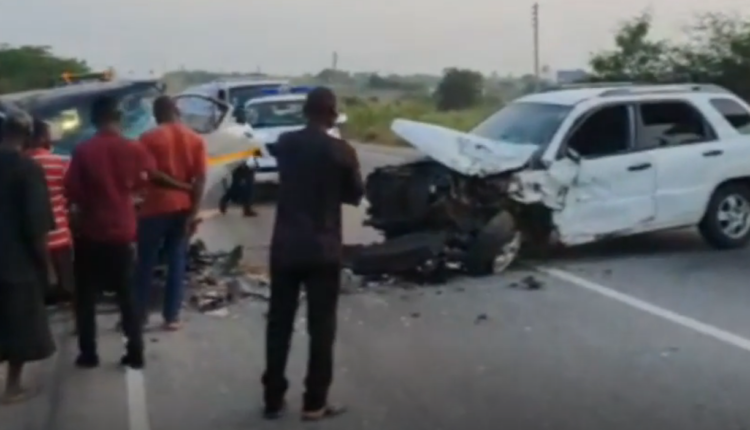 Two accidents in one day has left scores of people injured on the Kasoa-Winneba Road in the Central Region and Okponglo near Legon in the Greater Accra Region.

No fatality was recorded in the two accidents involving four vehicles.

One person is reportedly battling for his or her life at the hospital, while the seriously injured also receiving treatment.

At Okponglo, some passengers sustained various degrees of injuries when a commercial bus somersaulted.

The bus with registration number GW 5295-12 failed its brake.

It was carrying the passengers from Madina to Accra when the incident happened while it was approaching, the  Ghana Standard Authority traffic light.

No other car was, however, involved in the accident.

Police personnel, as well as other emergency service workers, rushed to the scene to assist victims. 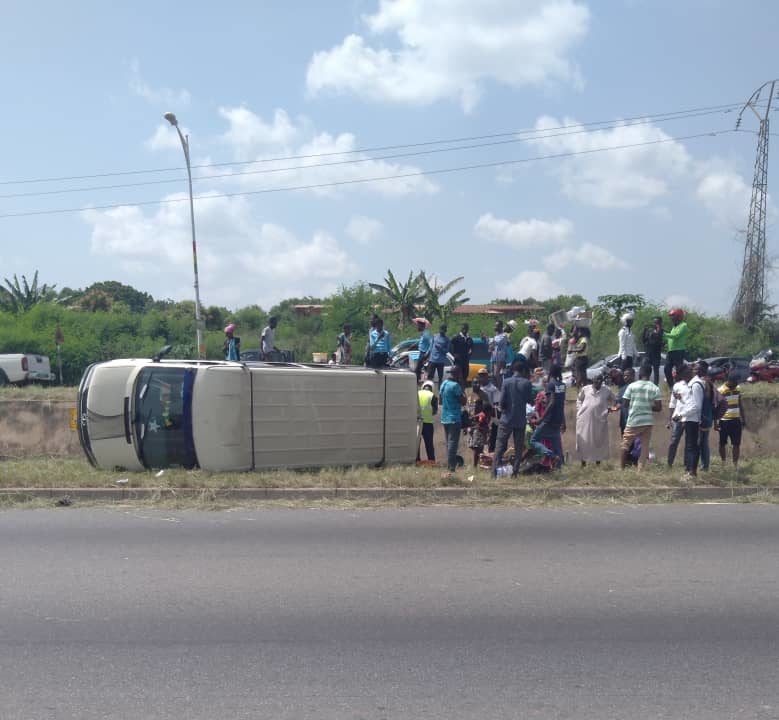 An eyewitness account has it that a 4×4 heading towards Accra tried to overtake a saloon car on the busy road and ran into an oncoming minibus from Accra heading to Winneba.

The saloon car, ghanaweb.com reported ended somersaulting and veering into a nearby ditch, injuring the driver in the process.

The collision resulted in the grille of the vehicles being badly mangled with blood splashing all over the road.

One person is reportedly fighting for his or her life at the hospital, while the seriously injured also received treatment.

Police personnel were however at the scene to control the situation and tow the cars off the road.