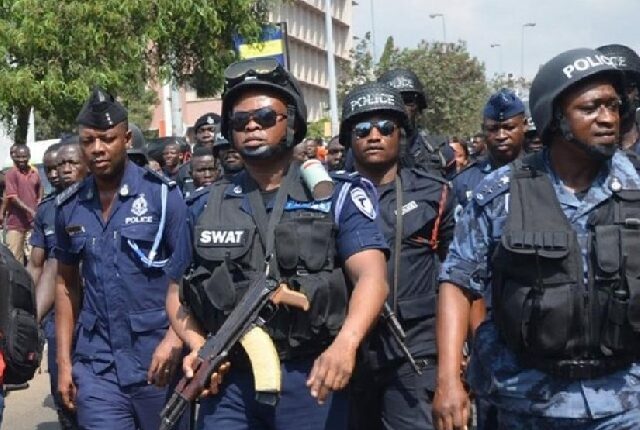 Two persons are in police grips for their alleged involvement in Tuesday’s Nkoranza youth clash with the police, which led to the release of six suspects in custody.

The attack, which was in protest of the death of a resident, Albert Donkor, a robbery suspect, led to the death of one person, nine injured, and three others in critical condition.

A statement issued Wednesday by the Director-General, Public Affairs, DCOP Kwesi Ofori, said efforts were being made to re-arrest the six suspects.

The release added that all other persons involved in Tuesday’s “barbaric act” are also being pursued to face justice.

It also stated that calm has returned to Nkoranza and its environs as police personnel have been deployed to those areas.

“We, therefore, wish to assure all law-abiding citizens to go about their socio-economic activities without fear or hindrance, for the police will do whatever it takes to protect their lives and property,” the police urged. 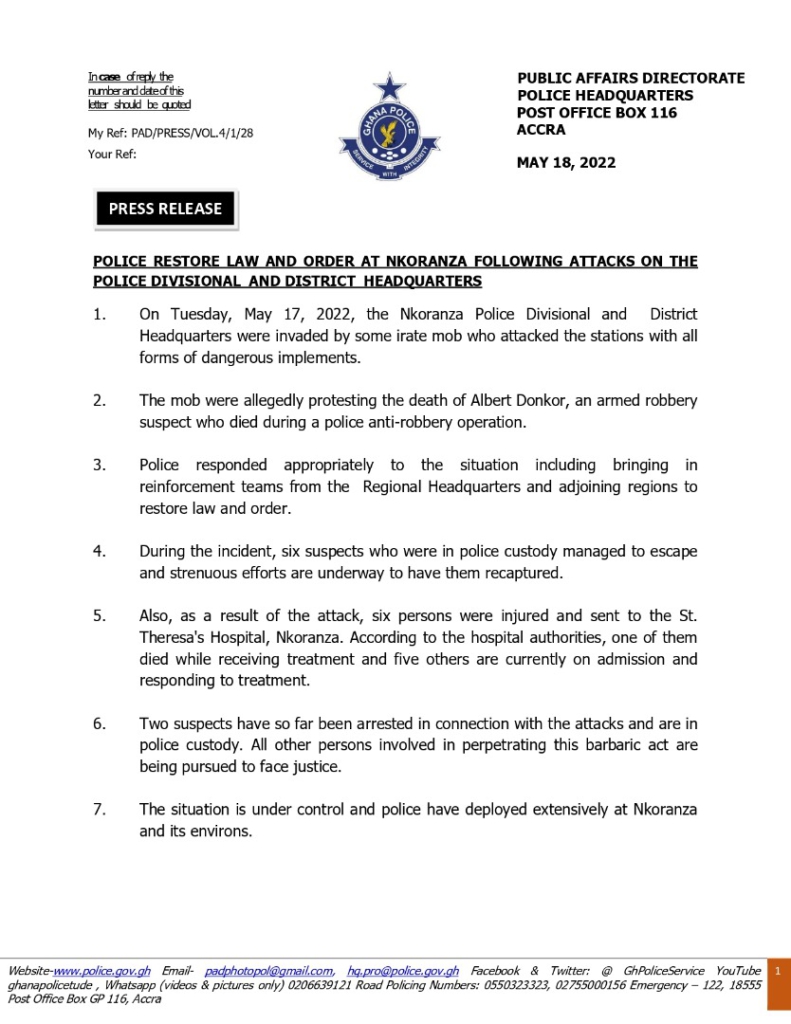 The youth of Nkoranza Tuesday took to the streets of the town to protest the death of 28-year-old Albert Donkor, a trader.

The rampaging youth protested after the police released an official statement describing the deceased, who was picked up at his residence, as an “armed robbery suspect”.

The statement infuriated the already distressed youth, who believed that the deceased, who is a trader, was targeted because he chanced on a robbery scene involving some policemen.

The youth, who dressed in red gear, blocked some streets of the town, burnt car tyres, and besieged the local police station, where they are said to have vandalised some vehicles to register their displeasure.

They reportedly freed six other suspects held at the Nkoranza Municipal Police Headquarters, including a suspect who the Nkoranza Court remanded.

Calm was later restored after the Paramount Chief of Nkoranza, Nana Kwame Baffoe IV, appealed to them and promised to support the appropriate bodies for speedy investigations personally.