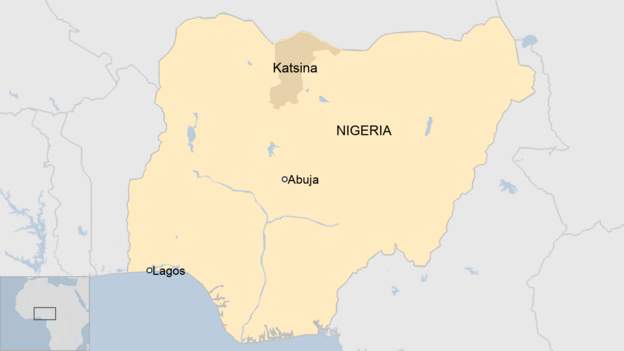 Gunmen have abducted two Catholic priests in the northern Nigerian state of Katsina – a region grappling with a wave of kidnappings for ransom by armed gangs.

A spokesperson for the Catholic Church, Father Chris Omotosho, told the BBC the gunmen broke into the priests’ residence in the village of Gidan Maikambu at around midnight on Tuesday.

They kidnapped the clerics together with two children.

Police say they have deployed officers to try and rescue them.

It is not clear who carried out the abductions, but kidnappings for ransom are common in the mainly Muslim north – with thousands of people seized over the past year.