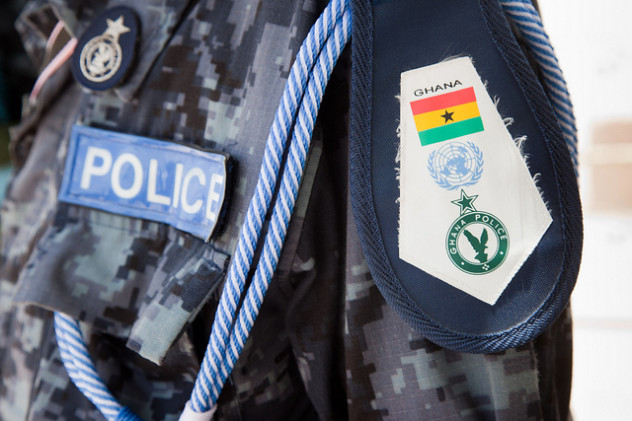 Two cops who were implicated in multiple bullion van robberies in Accra have been shot dead, according to the Ghana Police Service.

A statement released to update the public said police officers carried out an intelligence-led field raid at a hideout of the gang connected with the investigation into the bullion van robberies.

“During the raid at Borteyman near Ashiaman, there was an exchange of gunshots and two policemen, No.58284 Constable Reindolph Gyimah Ansah and No. 53549 L/Co Stephen Kwaku Nyame, who had been arrested in connection with bullion van robberies, were shot and were pronounced dead on arrival at the Police Hospital where they were rushed for treatment,” the release dated 8 March 2022 which was signed by the Director of Public Affairs of the Ghana Police Service, ACP Kwesi Ofori, said.

Some other suspects believed to have sustained gunshot wounds managed to escape from the scene.

The police said further investigations have led to the arrest of five other suspects, four of whom are also police officers.

“We are pursuing five other civilian suspects who have gone into hiding,” the statement added.

The police officers involved have been interdicted, and all the suspects, No. 58370 Const. Affisu Yaro Ibrahim, No 58355 Const. Richard Boadu, No. 58525 Const Rabiu Jambedu, No. 58586 Const Albert Ofosu, and suspect Razak Alhassan (a civilian) will be arraigned on Wednesday, 9 March 2022.

The police further appealed to the public and health facilities within the Accra-Tema area to report if they found any persons with gunshots wounds.

“We want to assure the public of our determination to continue to take the fight to criminals to ensure the safety and security of all persons. We urge anyone with relevant information to contact the nearest police station,” the police appealed.

There have been several bullion van robberies in recent times.

The police foiled one attempted robbery attack on a bullion van at the Industrial Area in Accra in February 2022.

Again, there was also another similar incident somewhere in March 2021 at Baatsona within Spintex Road.

In June 2021, unidentified armed men on several motorbikes crossed a bullion van on a pay/collection errand at Adedenkpo, a suburb of James Town.

They shot at the police officer on escort duty, killing him instantly.