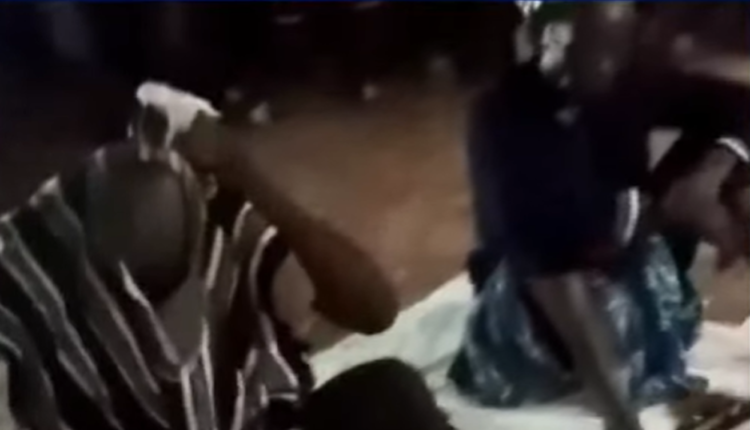 Two persons have been confirmed dead in Talensi in the Upper East Region following witchcraft accusations.

The two were forced to drink a concoction to prove their innocence, but unfortunately, they died.

They were reportedly forced by fetish priests under the instruction of some community members.

However, the old man died instantly, while the old woman died a day after drinking the substance.

Seven persons have since been arrested in connection to the heinous act by the town folks.

The police are still on a manhunt for other suspects.

This is not the first time elderly folks have been subjected to all forms of abuse over witchcraft accusations.

It will be recalled that in July 2020, a 90-year-old woman, Mariama Akua Denteh, was tortured to death over witchcraft allegations in the Gonja East Municipality of the Savannah Region.

She was brutally beaten to death by a soothsayer and her accomplice. After months of not seeing the rain, they accused her of using witchcraft to prevent rain in Kafaba, a farming community.

According to reports, the feeble woman was dragged 800 meters away from her home only to be beaten to death by her attackers in broad daylight.

To exorcise her, she was hit, kicked and whipped by two women as the large crowd cheered them on.

The old woman was seen in the viral video pleading with her attackers to spare her life, as she denied the accusations of being a witch.

But her pleas were flatly ignored by her abusers, which led to her death.

The key suspect, Latifah Bumaye, the Kafaba Chief Zacharia Yahaya, and five others were arrested and arraigned before the Bole District Magistrate Court.

On the day she was arrested, the key suspect told the police, “I had no idea what I was doing. I don’t even remember beating my grandmother.”

She was convinced some spirits possessed her hence her not being in control of her actions.

Days after Akua Denteh was lynched, another woman accused of witchcraft was brutally tortured by the two spiritualists and was admitted to a hospital in Salaga.

The Deputy Commissioner of Police (DCOP), Enoch Adu Twum, confirmed the sad incident in an interview.

Maria Ibrahim was attacked at Sumpini in the West Gonja District of the Savanna Region on Saturday (29 August 2022) after community members accused her of practising witchcraft.

Maria sustained deep wounds on her hands, face and skull with her dress soaked in blood after a group of people attacked her with machetes, knives and sticks.

The woman was home with her children and sick husband when her attackers raided her home shortly after the Bugum (fire) festival in the town at about 10 pm.

Narrating the incident, Maria said: “They entered my house and said I was a witch to kill the sick person. One used a machete to hit my head. Another slapped me, and then I fell. They slashed me mercilessly on my hands, head and other parts of my body”.

She continued: “They said six of us want to kill the sick boy. They went to the homes of the others but did not find them. However, I have not done anything, so I was just going about my activities at home when they pounced on me”.

Her saviours rushed her to a police checkpoint, where cops accompanied her to the hospital.

Haruna Jebuni, 58, the chief of Sumpini, a community in the Savannah Region and five others were subsequently apprehended and put before the court.

In April 2021, a 60-year-old woman, Amina Mahama, escaped death by the whiskers after an attack by residents of Nakpali, a farming community in the Zabzugu District.

The residents burnt the woman’s house to ashes and would have killed her but for the intervention of the police. 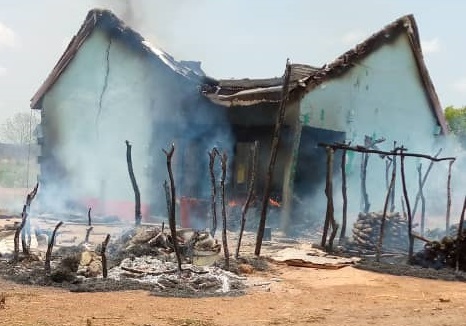 Earlier, an eyewitness, Musah Shani, explained that a branch of a baobab tree fell on a young man, Sulemana Issah, in the community killing him instantly.

The residents accused the woman of being the cause of the unfortunate incident and torched her house on Tuesday, 19 April.

In February 2022, a spiritualist in Damongo in the West Gonja District of the Savannah region allegedly assaulted one Issahaku Mahamadu, a 55-year-old man, claiming he was a wizard.

The victim was suspected to be a wizard after a 10-year-old girl allegedly told residents that she and the man usually slaughter people spiritually in the area.

Some residents mobilized and sent the victim to a spiritualist, one Zeena and her husband Yussif alias “Red”, where the spiritualist confirmed that the victim was a wizard and demanded that he confesses.

The victim denied the allegations, but the spiritualist refused to accept the denial and ordered the beating of the victim until he confessed that he was a wizard.

Mr. Haruna Iddrisu, the victim’s son who confirmed the incident, said his father was dragged to their house after he received severe beatings and was left unconscious.

These unfortunate incidents have revived discussions about witch camps in Ghana.

The five regions of the north have at least six witches camp at Bonyasi, Gambaga, Gnani, Kpatinga, Kukuo and Nabuli.

In 2020, Ghana’s parliament indicated that they would pass a Witchcraft Bill, which has not come to fruition.

When passed, the bill will be a prohibition against the accusation of witchcraft, participation in the declaration of a person as a witch or wizard, and a penalty against the chief or headman encouraging witchcraft.

The Witchcraft Bill proposal came up as a result of the lynching of a 90-year-old Akua Denteh, who was accused of being a ‘witch’ at Kafaba in the East Gonja municipality of the Savannah region.