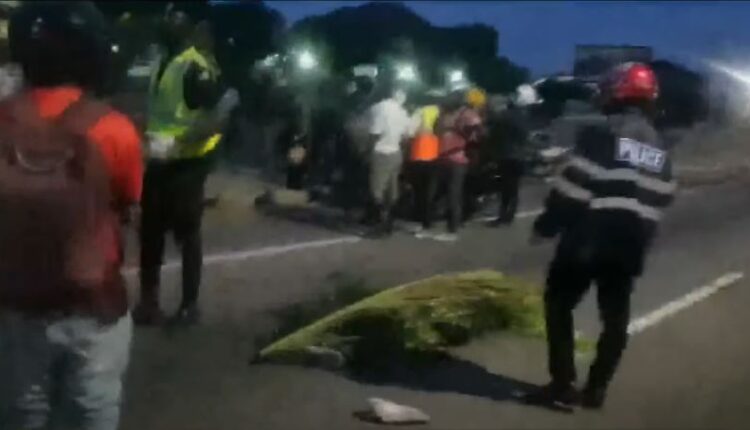 Two persons are feared dead in a road accident on the Accra-Achimota section of the George Walker Bush N1 Highway.

The accident occurred close to the Nogahill Hotel at about 5 pm on Monday, May 31, 2021, during the rush hour.

According to an eyewitness, two persons on a motorcycle were heading towards the Achimota overpass on the three-lane highway followed by some articulated trucks.

The motorcyclist tried to move into the middle lane to allow the articulated trucks in the inner lanes to bypass them.

In an attempt to cross, the motorcycle was knocked by the truck.

The rider and his passenger fell on the busy street, and the truck ran over the rider.

The passenger, who fell in the way of another oncoming truck, got crushed to death. 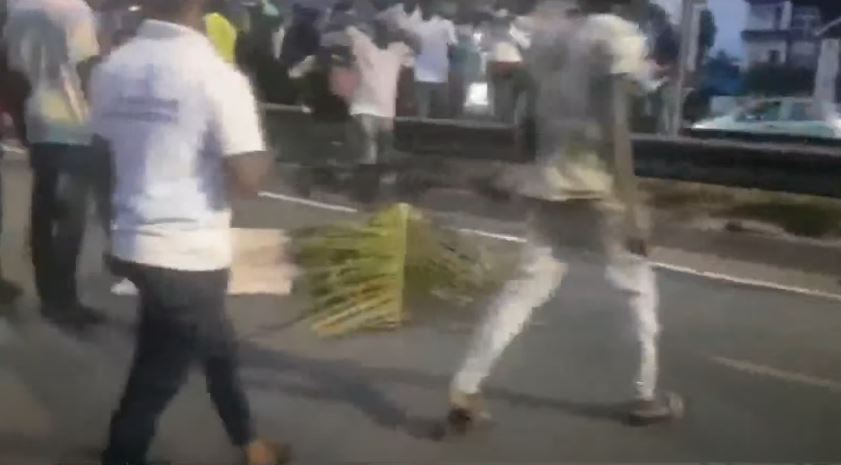 Both trucks did not stop but drove at top speed away from the scene.

The accident has caused heavy traffic as the bodies were left on the street.

Other road users decided to cover the bodies with palm fronds.

Some police personnel later arrived at the scene to control the traffic, but there was no ambulance to convey the bodies to a health facility.

The first quarter of 2021 has already posted 771 fatalities, an increase of almost 50% within the same period in the previous year.

A total of 2,589 lives were lost to road crashes in 2020, the highest since 1991, according to data from the Motor Traffic and Transport Department (MTTD) and the National Road Safety Authority (NRSA).

Besides pedestrian knockdowns which registered a decline of 9%, all other parameters recorded a surge despite restrictions and a partial lockdown due to the COVID-19 pandemic.

Unlike previous years, motorcycles were involved in the most fatalities, with 1,056 deaths and 4,684 injuries from  5,684 motorcycle crashes.

A year before, there were 4,643 motorcycle accidents which contributed to 732 deaths and 3,474 injuries.

WHO estimated that road traffic crashes cost most countries 3% of their gross domestic product.

Approximately 1.35 million people die each year as a result of road traffic crashes.

WHO indicated road traffic injuries are the leading cause of death for children and young adults aged 5-29 years.

This group forms the economic active group of the population, which affects their families and the manpower of the nation.