Two robbers gunned down near Bekwai

Two out of a team of five armed robbers have been shot and killed by the Ashanti Regional Police Anti-Robbery squad on Wednesday, 2 March 2022.

One other suspect was arrested, leaving two others on the run.

The team of robbers are said to have blocked the road from Abodom-Koniyaw, near Bekwai, with wooden logs to rob some market women.

Preliminary investigations established that the gang of robbers on Monday 21 February 2022 blocked the road at Anwiankwanta and robbed passengers on board a Takoradi-Kumasi bound VIP bus.

After subjecting their victims to the harrowing experience, the police said the robbers told the passengers to remember them in their prayers.

Residents of the surrounding communities and medical facilities have been asked to be on the lookout and inform the police of suspicious activities. 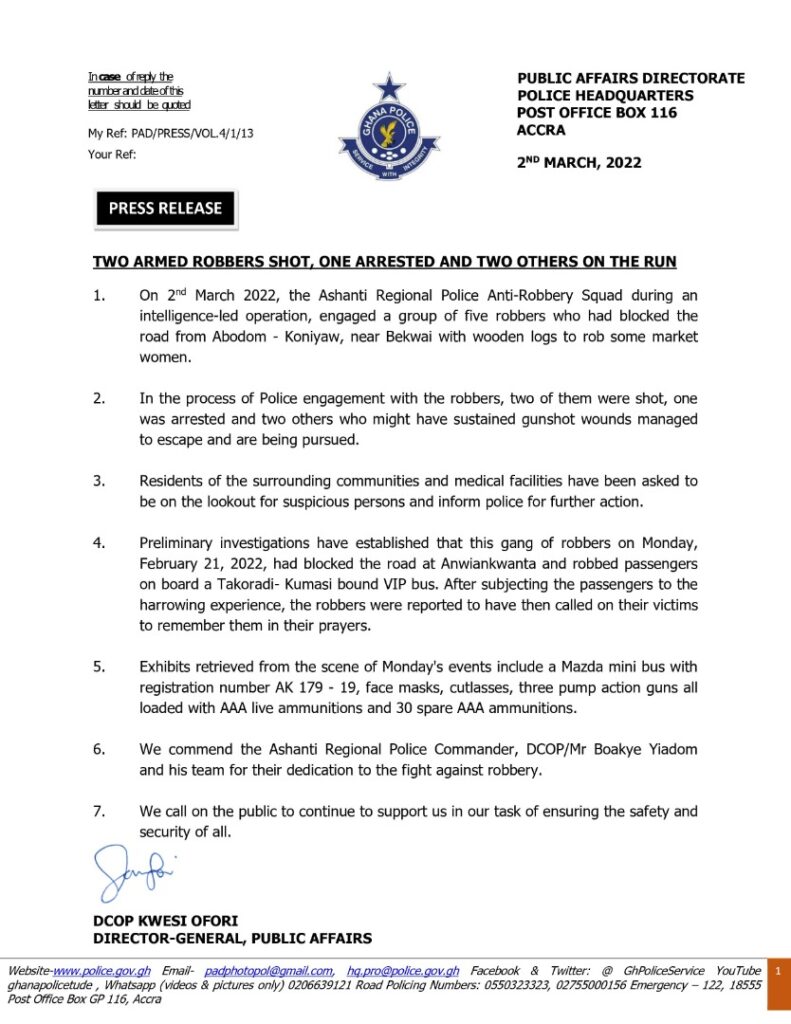