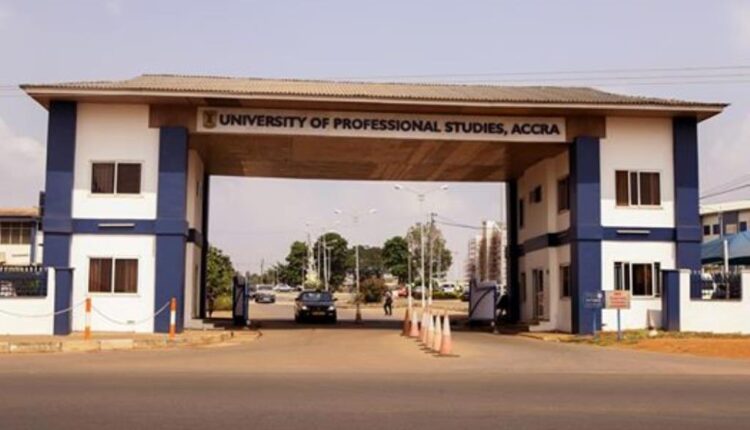 According to the school, the said females fondled each other during their sexual escapade and engaged in some form of lesbianism which violates the school’s code of conduct for students.

“They have since been dismissed from UPSA Hostel awaiting further sanctions from Management,” a notice indicated.

The authorities said the directive is to serve as a deterrent to all resident students who may want to engage in such acts.

“Desist from sexual misconduct and observe all other rules and regulations in the Hostel as well as the Student Handbook. Any student caught infringing any of the regulations will not be spared,” the management warned in the notice dated November 23.

Generally, tertiary institutions have a student handbook that clearly spells out what students are permitted to do and what they cannot do.

Sexual activities are frowned upon and attract severe sanctions even though students could be above the age of consent.

The incident is occurring at a time of heated debate over an anti-LGBTQI+ Bill that has been laid before parliament.

What does the handbook of UPSA say?

The UPSA student handbook states that sexual misconduct such as rape, and other sexual offences, will result in severe sanctions from the university as well as possible criminal prosecution since the offence is criminal.

The categories listed under this section include:

Discussions about LGBTQ+ activities or rights in Ghana touch on sensitive chords: culture and religion.

The arguments are primarily on the belief that LGBTQI+ identities are alien to the country’s cultural norms and values and are also frowned upon by all major religious groups in Ghana.

The bill which was first read in parliament on August 2, 2021, is spearheaded by eight legislators: MP for Ningo-Prampram Sam George, Ho West MP Emmanuel Bedzrah, MP for Kpando Della Adjoa Sowah, and John Ntim Fordjour, the MP for Assin South.

The Office of the National Chief Imam also supports the bill stating, “homosexuality is a deviant behavior totally unacceptable in Islam. Although our religion allows us the latitude to ponder and reconsider some issues, homosexuality is certainly not one of them”.