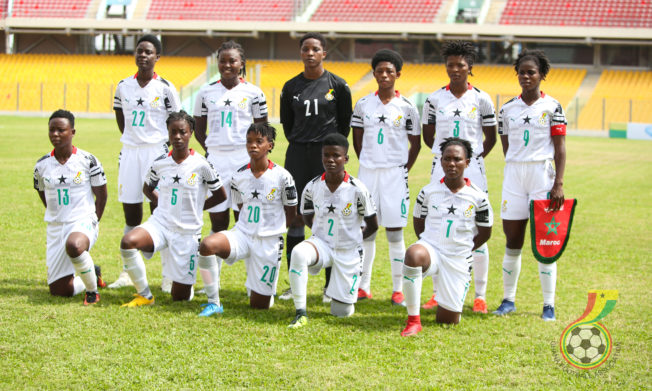 Ghana’s away clash with Zambia in the 2022 Fifa U20 Women’s World Cup qualifiers produced no winners as the teams settled for a 0-0 draw on Saturday.

The sides drew blanks in the third round first leg fixture at Nkoloma Stadium in the Zambian capital of Lusaka, setting things up for an exciting second leg in Accra on December 18.

The winners will join seven other teams for the fourth and penultimate round of the series.

Drawn a bye for only the first round, Ghana nonetheless came into Saturday’s game with no previous game in the qualifiers as they received a walkover to the third round by the withdrawal of scheduled second-round opponents Mauritania.

Zambia, on the other hand, only stayed off in the first round as they were in action in the second round where they hammered Malawi 8-1 on aggregate to progress.

By Saturday’s goalless draw, the Black Princesses and their Zambian counterparts have it all to play for when they lock horns again at the Accra Sports Stadium.

The West Africans are looking for their sixth ever appearance at the U20 World Cup, having consecutively made it to the last five gatherings.

Should they qualify, the Princesses will seek to go past the group stage for the first time.

The next U20 Women’s World Cup, the 10th edition of the biennial championship, is set to be hosted by Costa Rica between August 10 – 28 next year.