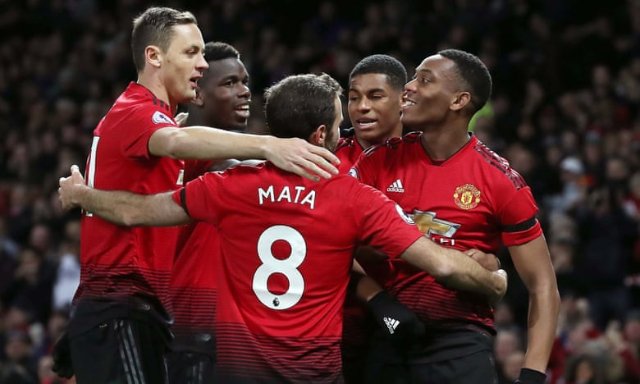 Manchester United will face Paris Saint-Germain in the Champions League round of 16, while Liverpool have been drawn against Bayern Munich.

Atletico Madrid take on Juventus, Tottenham are up against Borussia Dortmund and Real Madrid face Ajax.

Group winners will be away from home in the first legs.

Teams could not be drawn against sides from the same country in the last 16, nor against teams who they played in the group stage.

Three-time European champions Manchester United have never met PSG, who were the top scorers in the groups, in a competitive game.

The Ligue 1 champions advanced to the knockout stage despite defeat at Liverpool in their opening match.

Despite dominating the French domestic game in recent years, the Qatari-owned club have never progressed past the quarter-finals of the Champions League.

AS Roma vs FC Porto