The Upper East Regional Police Command has arrested  Pius Ayoma Anundiabil, an alleged notorious criminal believed to be on the wanted list of the Police.

Anundiabil is alleged to be involved in robberies, rape, and murder in some parts of the country.

The suspect, according to the police statement is reported to be 21 and a native of Fumbisi in the Upper East Region.

The Upper East Regional Public Affairs Officer of the Ghana Police Service, Assistant Superintendent of Police (ASP), David Fianko-Okyere, in a signed statement said the suspect has been on the police wanted list for the past two years for alleged rape and robbery cases in Accra and murder on Koforidua.

Mr Anundiabil is currently in custody at the Upper East Regional Police Command.

Meanwhile, residents in the area have been advised to be more vigilant and report suspicious characters to the nearest police stations.

Find below the press statement 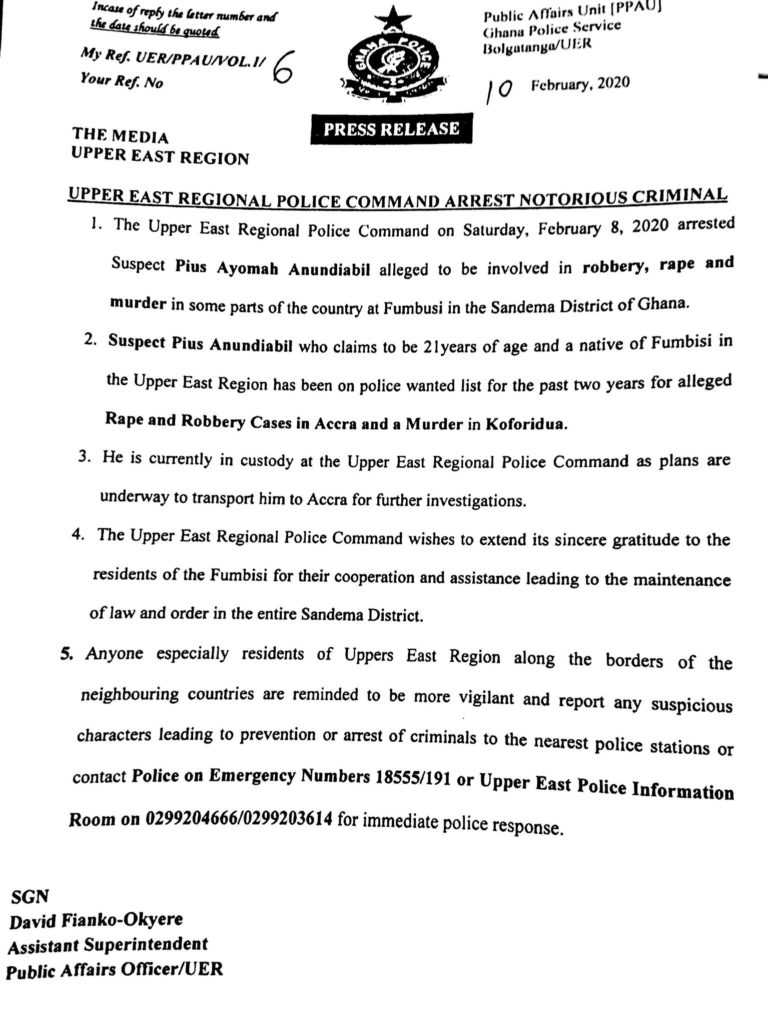