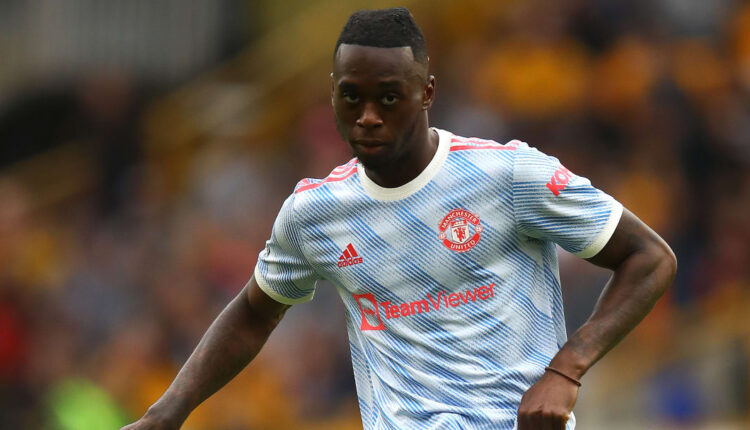 Manchester United have succeeded in their attempts to get Aaron Wan-Bissaka’s Champions League suspension reduced, with UEFA confirming the right-back no longer has to serve a two-match ban.

Wan-Bissaka was dismissed for a clumsy challenge in the first half of September’s 2-1 defeat to Young Boys and was subsequently handed a two-game ban after the tackle was deemed to be ‘rough play’.

As a result, he missed the victory over Villarreal and had been scheduled to sit out the visit of Atalanta on October 20, but UEFA have now downgraded the decision to a standard red card, rather than anything malicious.

It means Wan-Bissaka’s suspension has been dropped to one game, which he served against Villarreal, so he is now free to play against Atalanta.

The news will come as a huge boost to manager Ole Gunnar Solskjaer, who knows that his side are in need of a victory at Old Trafford if they are to avoid falling further behind than they already are.

United find themselves third in Group F, below second-placed Young Boys on goals conceded and trailing leaders Atalanta by a point, so defeat against the Italian side could well be fatal to United’s hopes of finishing top of the group.

The match hasn’t been made any easier by the enforced absences of centre-back duo Harry Maguire and Raphael Varane. The former picked up a calf injury before the international break, while the latter damaged his groin during his time with France.

With Solskjaer forced to play a second-choice defensive pairing, he will be relieved to have his preferred right-back available to try and add some extra composure.

Atalanta were Serie A’s top-scoring team last season, bagging 90 goals across their 38 games, but that attacking potency has been hard to come by this season. Gian Piero Gasperini’s side find themselves ninth in the league table, with their return of ten goals being bettered by no fewer than eight sides