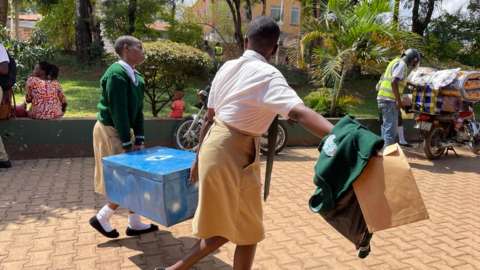 Learners in Uganda are heading back home after the government closed schools two weeks earlier than originally scheduled in order to slow down an outbreak of Ebola in the country.

The ministry of education ordered closure of schools after more than 20 confirmed Ebola cases were recorded among students.

Parents began picking their children from schools as early as Wednesday this week to reduce congestion on public transport.

Many more students were still leaving schools on Friday morning after they were given more time to complete their end of year exams.

Some schools have informed parents that they will continue with online teaching to complete the term’s syllabus.

Uganda has so far confirmed over 140 cases, with 55 deaths, since the Ebola outbreak was reported in September.