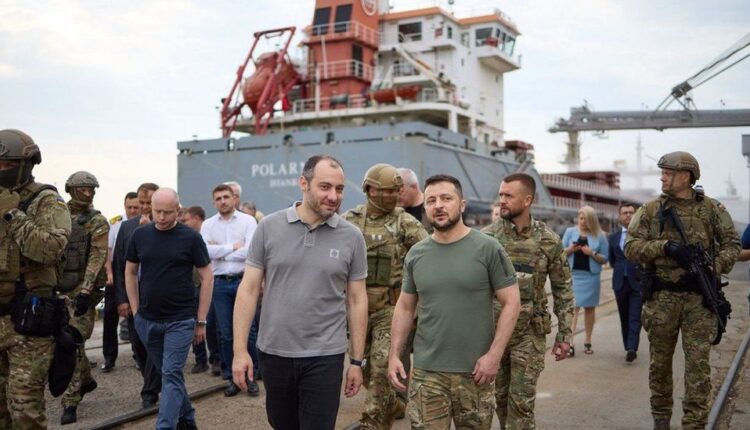 The first grain ship from Ukraine since Russia’s invasion is ready and waiting for the signal to leave port, says President Volodymyr Zelensky.

He was speaking on a visit to the port of Chornomorsk, after the UN aid chief said the ship could leave as soon as Friday.

A UN-led deal was signed a week ago to resume exports after a blockade that led to food price rises.

But Martin Griffiths said “crucial details” still had to be ironed out.

With hopes of an imminent departure, President Zelensky joined ambassadors from the G7 industrialised nations on the Black Sea coast, standing in front of the Turkish-registered ship Polarnet.

While the ship was being loaded with grain, officials said another 17 ships were already laden with 600,000 tonnes of cargo.

The UN aid chief made clear exports could only resume safely when the route through the Black Sea was finalised.

Under the agreement signed by Russia and Ukraine, the sea corridor, convoy and inspection of the cargo are all being organised by a joint co-ordination centre (JCC) in Turkey and final preparations were reportedly still not in place.