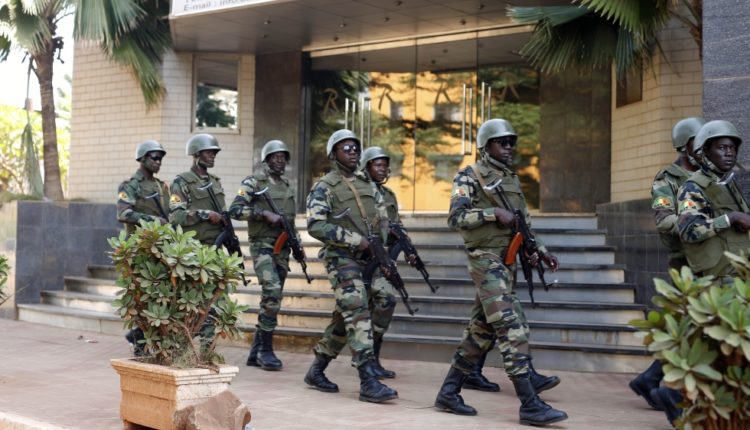 The United Nations envoy for West Africa and the Sahel says the region has experienced “a devastating surge in terrorist attacks against civilian and military targets” in recent months.

Mohamed Ibn Chambas told the UN Security Council on Wednesday that the “unprecedented terrorist violence” had shaken public confidence in the region.

He said attacks have increased five-fold in Burkina Faso, Mali and Niger since 2016 with more than 4,000 deaths reported in 2019 compared with an estimated 770 deaths three years before.

“Most significantly, the geographic focus of terrorist attacks has shifted eastwards from Mali to Burkina Faso and is increasingly threatening West African coastal states,” Chambas said.

The UN envoy said attacks are often “deliberate efforts by violent extremists to capture weapons and trafficking routes” and engage in illicit activities including illegal mining that sustain their operations.

Among the latest attacks was Monday’s roadside bombing in Mali’s central region of Alatona, near the border with Mauritania, that left at least five soldiers dead. More than 140 Malian soldiers have been killed in armed attacks since September.

Chambas said governments, local “actors,” regional organisations and the international community are mobilising to respond to the violence across West Africa and the Sahel.

Chambas urged leaders in the region to follow through on pledges to tackle “terrorism”, saying now “is the time for action.”

In a report to the Security Council in late July, UN experts said “the most striking international developments” during the first six months of 2019 included “the growing ambition and reach of terrorist groups in the Sahel and West Africa” where fighters from Islamic State of Iraq and the Levant (ISIL, also known as ISIS) and al-Qaeda armed groups were collaborating to undermine fragile countries.

Chambas said the attacks were also often intertwined with organised crime and violence among competing groups.

With close to 70 percent of West Africa’s population dependent on agriculture and livestock, he said, clashes between farmers and herders “remain some of the most violent local conflicts in the region.”

In the months ahead, he said, six West African countries will choose leaders in democratic elections.