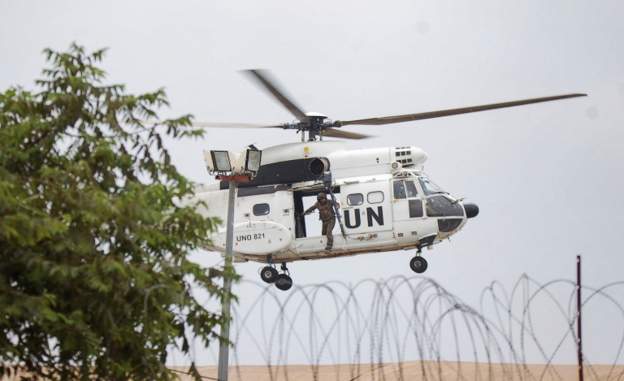 UN withdrawal from DR Congo ‘could be earlier’

A government spokesman in the Democratic Republic of Congo has suggested that the withdrawal of UN peacekeepers from the country could be brought forward.

Protests against the UN mission – the second largest in the world – turned into deadly violence over the last two weeks with more than 20 deaths.

The crisis escalated on Sunday when two peacekeepers opened fire, killing three civilians and injuring 15 at a border crossing near Uganda.

The DR Congo government spokesman Patrick Muyaya told the BBC that ongoing talks between the government and the UN mission, known as Monusco, could quicken the withdrawal of the peacekeepers.

“The plan we have with Monusco is that it has to withdraw by end of 2024. After the technical meeting, we can see if it will be possible to do the withdrawal shorter [earlier] than the end of 2024,” Mr Muyaya said.