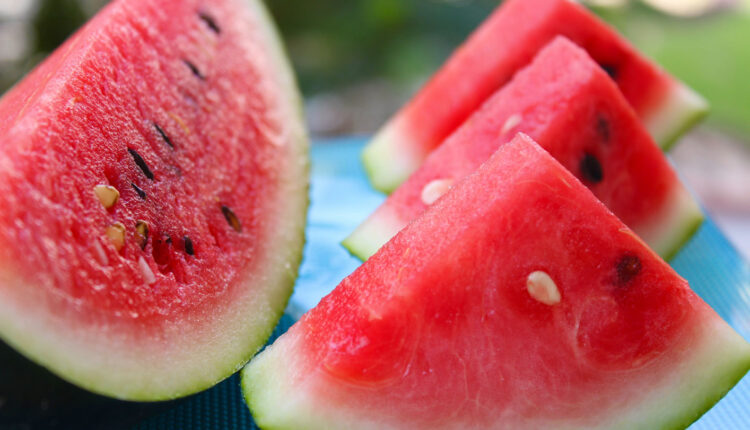 Unacceptable levels of pesticides in our watermelon? Are we safe?

Arguably, it is one of the favourite and most preferred among the fruits we have. It is easy to eat and even more delicious when made into a drink.

I am yet to see anyone who dislikes watermelon. Children love it to bits.

It is not just the look and sweetness of it, but experts tell us that it is a wonder fruit, full of nutritional goodness.

It is reputed to be packed with nutrients, including vitamins A and C, while offering antioxidants, among others.

As we approach the rainy season, one is looking forward to the season of watermelons, where the fruit comes in abundance and relatively cheap too.

Sadly, due to poor storage and lack of appropriate preservation, this super fruit is left to go to rot.

One’s expectations have however been watered down with recent news that some farmers are poisoning their produce, probably unknowingly, with unacceptable levels of pesticide in their cultivation of the fruit.

The result is that the unsuspecting consumer gets the raw deal.

According to a published research conducted by scientists at the Kwame Nkrumah University of Science and Technology (KNUST), and which made the rounds last week, unacceptable levels of pesticide residues have been discovered in watermelons sold in the Mampong Municipality of the Ashanti Region.

The disturbing bit of the research finding is the fact that although the organo-chloride pesticides are banned for agricultural use, some farmers have been found using them on their farms.

We are told by the scientists that the pesticides have adverse health effect on consumers. Alarmingly, children who consume such contaminated watermelon are found to be at the higher risk of suffering adverse effects including cancer if they consume the fruit regularly.

For the study, the researchers are said to have used about 120 pieces of watermelons from five communities in the Mampong Municipality before coming to the disturbing conclusion.

Should one, therefore, assume that other fruits grown in the area by local farmers also are victims to the pesticide found in watermelons? Or they were not tested at all?

Our information is that the research work covered other fruits grown in the area, including bananas and pineapples.

However, the good news is that the test conducted on other fruits, such as, bananas and pineapples showed that the levels of pesticides were undetectable.

The research finding did not elaborate on the whys and the hows and that perhaps would be the topic for another time.

But what the research highlighted on is that the types of pesticide-ridden watermelons also found in other parts of Ashanti, Bono and Bono East Regions.

When the research findings were made public last week, the media as usual picked it and ran amok with it.

Sooner, one got responses from the Environmental Protection Agency (EPA), indicating that investigations were being conducted in collaboration with the police and other stakeholders.

By this week, the story seems to have faded into thin air. The media has been silent over it and so have the “stakeholders” and their investigations.

The public has not been enlightened as to what next with the wonder fruit from those identified areas. Should consumers continue consuming as was before? Are we safe?

If the organo-chloride pesticides are well and truly banned, how come they are in the market and clearly available to the farmers?

What is the Ministry of Food and Agriculture saying about the unfortunate revelations coming out of the research work by the Scientists?

For now, the researchers have made their revelations known by exposing some of the care less practices in crop cultivation. The organic foods one is proud to consume may after all not be that organic.

With their finding, they have called for a regular monitoring of pesticide residue in fruits and the appropriate actions to be taken to protect consumer health.

One needs more of such research work in this our environment to help shape and guide health policies and practices in this age of viruses and infections.

There are too many unexplained sicknesses one hears about of late.

The countless posters and banners all over town expressing grief with words like: “Gone too soon”, “What a shock”, “Too young to go”, Missing you already”, and the like leave a lot on one’s mind.

The watermelon season is almost here. Are there any assurances or cautions? Here too, there are more questions than answers. Who to the rescue of fruit lovers?