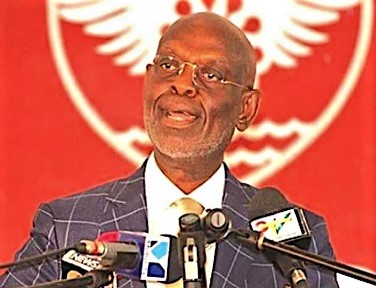 The last time we met was August this year. Since then, we have been in touch battling to fulfill a long standing lunch appointment. Checking my ‘whatsapp’ records, I recall his last two messages to me, 26th September: ‘Still looking forward to a long standing conversation….. Pick a date and venue, it will be on me….’ That was Dr Botchwey to me two months ago.

As I write, we still have a date pending.

In our local politics, you cannot be friends across party lines. If you hold a political position, avoid your ‘enemies.’ If you smile at them, you may be reported. At funerals, check who sits next to you; if he or she is enemy company, compose your face muscles to signal unease. If possible activate an evil glance (from the corner of your eye balls), and crown it with a contemptuous ‘tweaaa’ under your breath.

That’s not the case with our little Agona community in the Central region. The Brothers Yankah, the Ahwois, Kwesi Botchweys, Oduros, Major Donkohs, Goosey Tano’s, we are one great family. No NPP/NDC cleavages at our level. Let others stick fingers in their opponents’ eyes, we celebrate joyous moments together, and wipe one another’s tears. 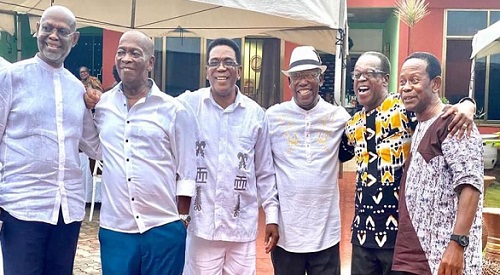 August this year, we converged at Senior Kojo’s Yankah house in Accra on his birthday. Uncle Kwesi Botchwey, our venerable godfather in the Agona enclave, couldn’t have missed it, just as he attended my 60th on the Legon campus, where he ran into his pal Nana Addo Dankwa Akufo-Addo. At Kojo’s party, Kwesi joined us for some 60 minutes, and had to leave, but not until he and his close pal Major Donkoh had taken a group picture with the Yankah brothers.

The birthday party itself had its memorable moments, with a mix of Old Santa Clausians from Adisco, Vandals (Commonwealth Hall) and Vikings (from Sarbah Hall), and created an opportunity for friendly interaction across school and hall affiliations. And guess who were representing the Sarbah Hall Vikings: Kwesi Botchwey, Ibn Chambas, Tom Sawyer, Jeff Hagan, Kofi Yankah, etc. As for the Vandals, hmmm. We teased them from a distance.

But there was a more sentimental agenda between Kwesi and me unknown to many. Kwesi B was an old student of Sarbah Hall, indeed a pioneer Viking (1963), and needed to be briefed about current events in the Hall: the bust of John Mensah Sarbah, very visible at the Hall’s entrance, had been stolen early March by ‘some people,’ in a midnight inter-hall clash between the Vikings and the Vandals. This had made national headlines and was talk of the town. Unknown to many, Kwesi B and I had a rare emotional attachment to the lost monument. 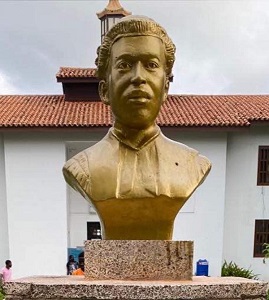 The stolen bust was erected in 2002 while I was Hall Master of the great Mensah Sarbah Hall. It was my administration that installed the monument in honor of the great lawyer and statesman, John Mensah Sarbah, after whom the Hall was named. And guess who commissioned the bust in 2002, after it had been erected. It was Dr Kwesi Botchwey, who had long left Government as Rawlings’ Finance Minister. Back then, I had thought it prudent to invite him as our guest of honor on the bust’s commissioning; for he was a foundation Viking, and had made us proud, handling the nation’s purse as finance minister from 1982 to 1995, the longest serving finance minister ever in Ghana.

And now that the bust he commissioned had been stolen by ‘some people,’ it was an opportunity to put heads together at Kojo’s party, and plan a possible replacement. I therefore held mini chit-chats within the event, with the other great Vikings present. The conspiring Vikings included Ibn Chambas, Kofi Yankah, Tom Sawyer, Uncle Kwesi B, Jeff Hagan and me. We spoke undertone at the party plotting our next course of action. Any time we saw a Vandal coming in our direction, we froze our chat and quickly dispersed.

In the past few months Betty Mould Iddrisu, Tom Sawyer, Togbui Albert Nyonyo, Sarbah Hall authorities, and I have been planning a major event to install a new monument, and Kwesi B was going to grace the occasion together with another great Viking. The event is still pending, and we shall expect Kwesi B.

But the history of collaborations with our dear departed, is even more eventful. In 2014, while I was at Central University, I invited Dr Botchwey to speak on the new distinguished speaker platform I had introduced. I succeeded in bringing him over soon after the famous lecture by Dr Mahamudu Bawumia on ‘Restoring the value of the cedi,’ in March. Dr Kwesi Botchwey gave a brilliant public lecture at Central university on, ‘The state of the nation’s political economy and the role of civil society.’ That was 3rd June 2014. The lecture facilitated Dr Botchwey’s return to public life after serving Rawlings, since he had maintained private space for more than fifteen years. Soon after the talk, he was to play a pivotal role at an economic summit organized by the NDC at Senchi, and thereafter led Ghana’s mission to the IMF.

Fast forward 2017. I was lucky to have been appointed a minister of state at the Ministry of Education, in President Nana Akufo-Addo’s first term. This was a rare opportunity to help uplift the quality of education particularly at Agona East, arguably the poorest district in Central region. Major towns there include Kwanyarku, Nsaba, Duakwa, and Asafo, Kwesi Botchwey’s home town. During my familiarization tours, I came across one dilapidated school at Asafo, roofs ripped, cracked walls, broken concrete floors, wobbly pillars, black boards shattered, fractured windows. Was this really a school? Which school was that? I panicked. My special assistant, Robert, replied that it was the Presbyterian Junior High School. But there was something more he shuddered to say. “It is the school Dr Kwesi Botchwey attended as a middle school boy, long ago.” Was it still in active use? Yes.

I started sweating from within, and immediately asked my assistant to make notes. I was going to lobby to get them a new school block for the sake of the name, Dr Kwesi Botchwey, a great son of the soil, and of Ghana. Looking at the shattered remains of structures that nurtured Kwesi B, and his eventual attainments; simply consider how many more Kwesi Botchweys this district could have produced with adequate educational facilities.

I was not just going to get a new structure built. I would also lobby the local assembly to have it named after Dr Kwesi Botchwey, on behalf of his good friend, the President of Ghana, Nana Addo Dankwa Akufo-Addo. Nana would be proud of the gesture, and that would inspire the young ones in all villages; they could all be Kwesi Botchwey one day if they learned hard. I worked at this, first through a cash trapped Getfund without success, and at last got a savior in the President’s Coastal Development Authority (CODA), that yielded to my plea and gave the project out on contract. November 2021, a brand new Presby JHS was ready to open, and was formally handed over to the CODA boss, Mr Jerry Shaibu. I nearly shed tears that day.

I never broke the news to Uncle Kwesi and was awaiting the formal renaming ceremony, when he would be invited as the special guest of honor. Before long, however, the tragic news broke: The titan, Dr Kwesi Botchwey, was gone.

At the renaming ceremony, Kwesi will still be in our midst as special guest. In the group picture, though, he would no longer be standing at the left corner.

Uncle Kwesi B, till we meet again!