A survey by the Political Science Department of the University of Ghana has predicted a 51.7% victory for President Nana Addo Dankwa Akufo-Addo.

The survey published by the department said the President will garner 51.7% while his closest opponent NDC presidential candidate will get 40.7% of the votes cast.

The researchers sampled almost 12, 000 respondents nationwide for the survey.

The survey also showed that  80% of the respondents said they will vote based on the campaign message of the political parties. 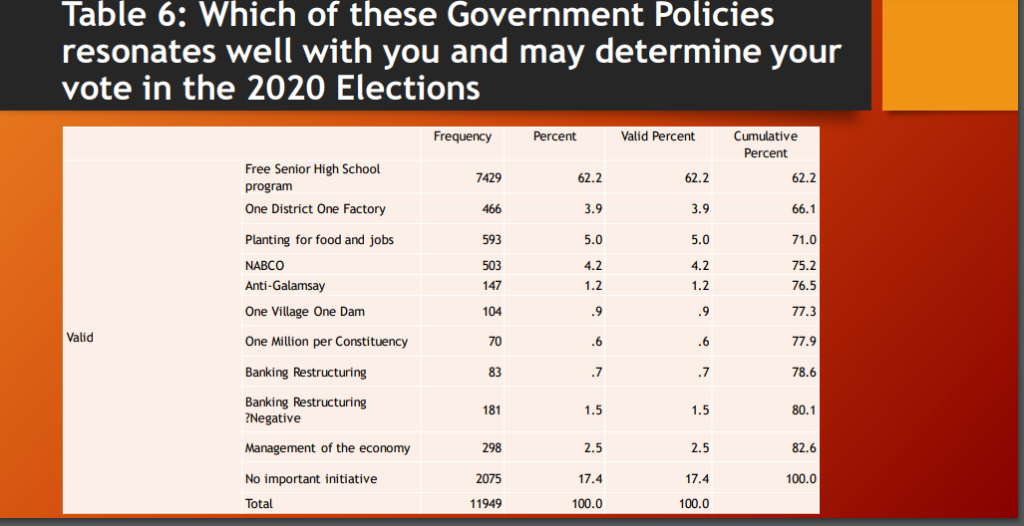 According to the report those who doubted that the NPP could fulfil its 2020 manifesto constituted 39.7% of respondents.

The candidate of the Ghana Union Movement (GUM), Christian Kwabena Andrews, placed third in the survey while the only independent presidential candidate, Kwame Asiedu Walker came in last.

The report comes after the Ghanaian pollster, Ben Ephson had made a similar prediction for the New Patriotic Party’s candidate. He said President Akufo-Addo will win the 2020 elections by 52.6%.

Read details of the full report below