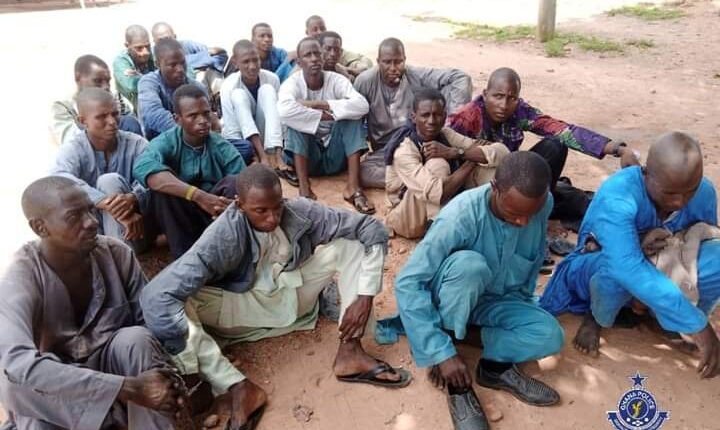 A joint exercise between personnel of the recently formed Police Anti-Robbery squad and the Donkorkrom Police has arrested 21 herdsmen for unlawful possession of weapons.

The suspects were picked up in front of a fuel station at Donkorkrom in the Kwahu Affram Plains North District of the Eastern Region.

In all 17 machetes, a handgun, three locally manufactured pistols, four shotguns, 66 live AA and BB cartridges and 410 cartridges, ten 7.65 ammunition and 19 mobile phones were retrieved from the suspects. 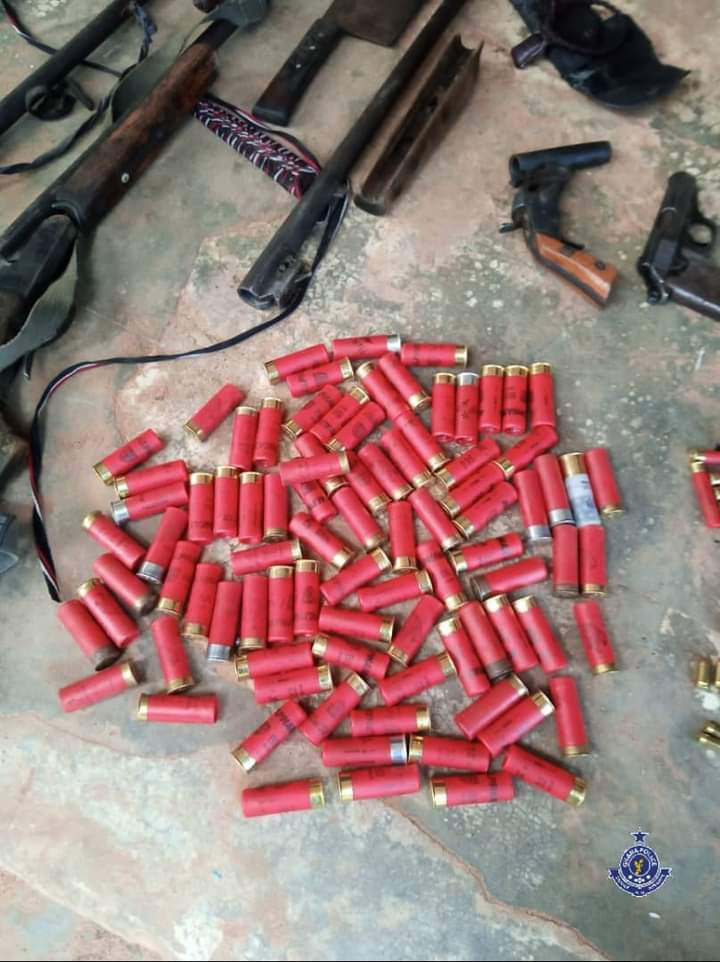 The Eastern Regional Police Public Relations Officer DSP Ebenezer Tetteh confirmed the arrest and added that the suspects are being held for possession of firearms without lawful authority. They will be arraigned before court after further investigations.

According to the police, these suspects are part of a syndicate operating and terrorising traders and residents in and around Afram Plains.

In recent times, there has been a number of robbery attacks on residents in the Eastern and Bono East Regions, leading to the deployment of a special force to curb robbery in these two regions.

On August 18, the Ghana Police Service deployed its special Anti-Armed Robbery Squad (AARS) to the Eastern and Bono East Regions, to clamp down on increasing activities of robbery in the region.

The AARS special force is to boost the capabilities of the two regional commands to ruthlessly fight robbery and other violent crimes on highways.

The team for the Bono East Region is led by the Director-General in charge of Information Communications Technology (ICT), Commissioner of Police (COP) Edward Tabiri.

Robbery cases in the two regions

On Friday, May 21, 2021, a 41-year-old military officer from the Third Battalion of Infantry in Sunyani, Sergeant Job Kwame Odei, was shot and killed by six suspected robbers who were wielding guns and robbing commuters at gunpoint on the Prang-Kintampo Highway in the Pru East District in the Bono East Region.

On Wednesday, July 7, 2021, suspected robbers attacked a commercial passenger vehicle and killed an ICT teacher at the Kajiji DA Junior High School, identified as Mr Prah Junior, in the Bono East Region. The driver of the vehicle sustained injuries.

A man was shot when some suspected highway robbers mounted a roadblock at Barfuor Nkwanta near the Sorkode Dwaso junction, a spot where the police mostly conduct checks on vehicles, on the Koforidua-Akyem Kukurantumi road in the Eastern Region on Monday, May 24, this year.
About 20 vehicles were allegedly robbed by the suspects who made away with a total of GH¢50,000, according to a victim.

On Monday, August 9, this year, a gang of six suspected armed robbers attacked commuters on the Patase stretch of the Asamankese-Topease highway.
The robbers, who wore reflectors and used a torchlight to stop their victims under the guise of being police officers, also attacked two pastors, an elder and a deacon of the Church of Pentecost.

They also robbed some occupants of a Rhino truck of their phones and a sum of GH¢12,500. 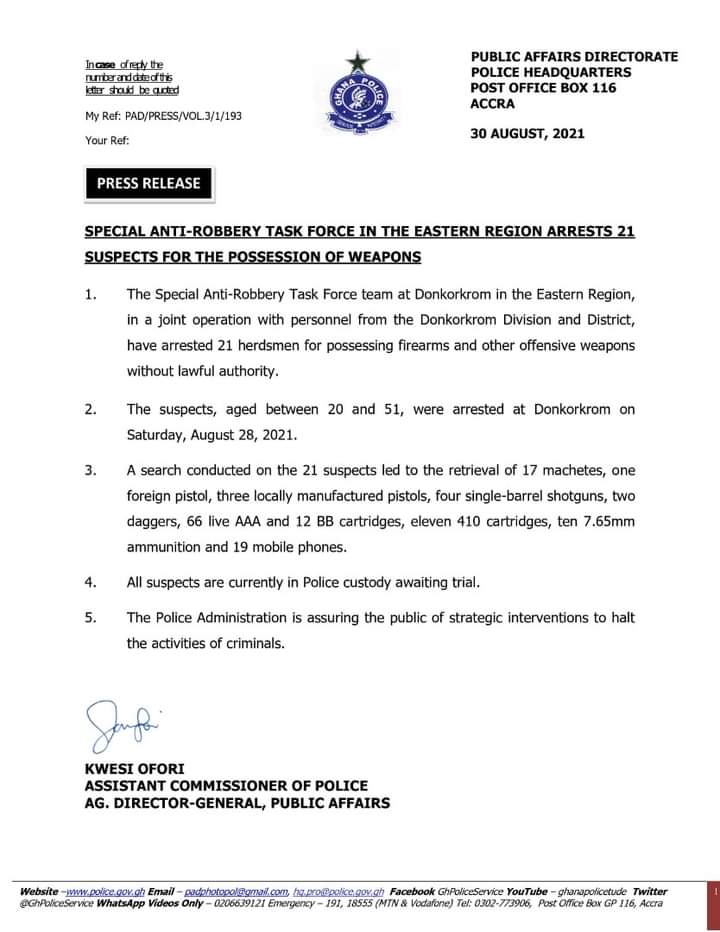