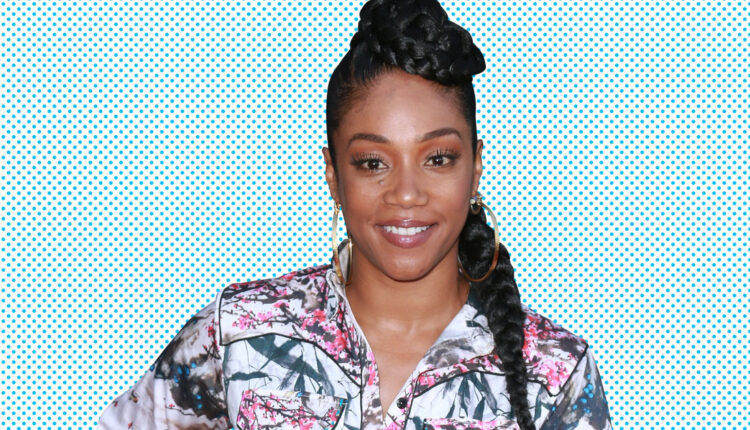 In the wake of the Black Lives Matter movement, U.S. actress, Tiffany Haddish has said that women must deny men sex until there is an end to systemic racism.

The black comedian actress made the statement on a TV show, known as The Tonight Show, where she spoke about racism in the United States.

There has been a surge of civil unrest and protests against systemic racism and police brutality in the United States of America, following the killing of George Floyd and Jacob Blake by police officers.

Haddish, believes that the world will only see ‘real change’ , if women deny men sex.

She explained that most men who were placed in influential positions would start fulfilling demands of social justice, if they were frustrated by women denying them sex.

“What I’ve incorporated in my comedy is something that I think that would work, that would change the systemic racism, the injustices that we all suffer. I think the key to it is: All women, just stop having sex. Everyone, just close their legs. Just shut it down.”

The latest spark of unrest came on the back of the police shooting of an unarmed black man, Jacob Blake.