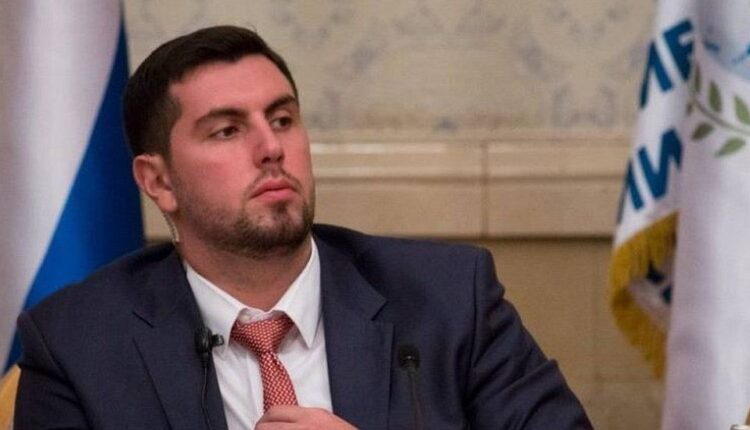 US charges Russian with interfering in US politics

US prosecutors have charged a Russian national with conspiring to use US citizens as “illegal agents of the Russian government”.

The US Justice Department indictment also alleges that Alexander Viktorovich Ionov, a resident of Moscow, tried to interfere in US elections.

It says he ran the Anti-Globalization Movement of Russia (AGMR), a body which recruited US political groups to further Russian state interests.

He has denounced the US accusation.

One of the Russian goals, it alleges, was to “promote California’s secession from the United States”.

He could face a maximum of five years in jail if found guilty.

Denouncing the indictment on Facebook, Mr Ionov said: “I have never met such nonsense and deception.

“There are no specific names of officials, there is no evidence of funding and there are no intelligible arguments.”

He went on: “The Ukrainian crisis has driven American officials crazy! Comrades, now you see what kind of ‘democracy’ exists in the USA!”

Mr Ionov has told CNN he is currently in Russia. As with other Western indictments of senior Russian figures, he is likely to be tried in absentia.

Dozens of senior Russian officials and state-controlled bodies, including banks, are under Western sanctions for Russia’s invasion of Ukraine and earlier annexation of Ukraine’s Crimea peninsula.

The US indictment says that from at least December 2014 until March 2022, Mr Ionov and at least three Russian officials “engaged in a years-long foreign malign influence campaign targeting the United States”.

Mr Ionov has denounced some independent Russian media organisations, including The Bell and Meduza, and got them labelled as “foreign agents” under Russian law. That label restricts their activities in Russia.

The US Treasury Department also announced sanctions against Mr Ionov, the AGMR and two other organisations allegedly controlled by him: the STOP-Imperialism website and Ionov Transcontinental, a company “which has a footprint in Iran, Venezuela and Lebanon”.

Sanctions were also imposed on Natalya Valeryevna Burlinova and her Center for Support and Development of Public Initiative Creative Diplomacy (PICREADI). The US statement alleges that PICREADI is funded by the Russian state, despite claiming to be independent.

The sanctions block those organisations’ assets in the US and prohibit transactions with them.

Mr Ionov is also alleged to be an associate of Yevgeny Prigozhin, who is under US sanctions for Kremlin interference in the 2016 presidential election won by Donald Trump.

The Treasury Department says Mr Ionov “sought to collaborate with Prigozhin’s Foundation for Battling Injustice (FBR) about the feasibility of directly supporting a specific candidate in a 2022 US gubernatorial election”.

It adds that in mid-2021 he “worked to disseminate and promulgate disinformation that would influence the US election process”.

US court sentences Ahmaud Arbery killer to life in prison