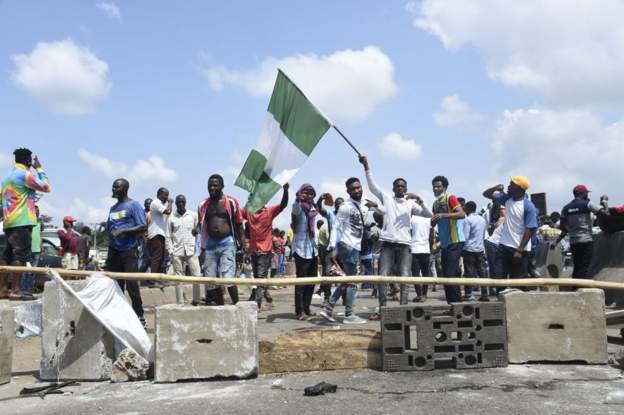 The US Congressional Black Caucus has written a letter to Nigeria’s leader, Muhammadu Buhari, urging him to release all protesters arrested for taking part in anti-police brutality protests.

It also condemned what it termed as state-sanctioned violence against protesters and called for justice for the families of the victims.

The caucus urged President Buhari to allow for an independent investigation on Tuesday’s reported shooting of demonstrators in the wealthy Lekki suburb in Nigeria’s biggest city, Lagos.

“We stand ready to support the reforms we hope that the Nigerian government will undertake,” caucus chairperson Karen Bass wrote in the letter.

The calls for police reform have morphed into chants that President Buhari must go.