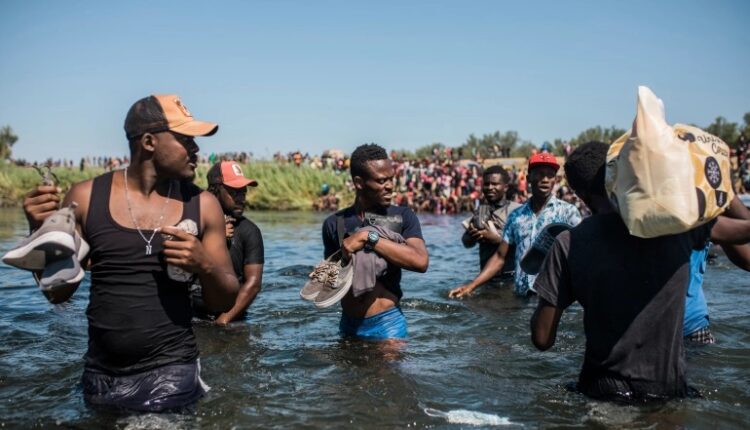 US officials have said the Biden administration has no plans to send Haitian refugees to Guantanamo Bay after media reports said the United States government was planning to reopen a migrant detention centre at the naval base in Cuba.

The statements by US officials on Thursday came following the media coverage on the advertisement from last week, looking for a new contractor to run the migrant and refugee centre on the US naval base, which also houses dozens of remaining prisoners detained as part of the so-called “war on terror”.

The Guantanamo prison came to symbolise the excesses of the US “war on terror”, launched by former President George W Bush following the September 11 attacks as well as the harsh interrogation methods used that many critics, including international rights groups, say amounted to torture.

The lesser-known migrants centre once held thousands of Haitian refugees in the early 1990s but has not been used to hold refugees in recent years, though the US government has continued to maintain it.

The news of the reported reopening of the centre drew swift criticism from the progressive politicians in the governing Democratic Party, with Representative Alexandria Ocasio-Cortez calling the plan “utterly shameful” while fellow progressive Representative Ilhan Omar said it was an “embarrassingly bad decision”.

President Joe Biden during his campaign had promised a humane immigration policy. He had slammed his predecessor Donald Trump’s hardline policy. “It’s about xenophobia,” he had said.

Rights groups have criticised the Biden administration for the mass expulsion of Haitian migrants and asylum seekers camping in the US state of Texas, many of whom face risk to their lives back home.

More than 12,000 mostly Haitian migrants have been camped under a bridge in Del Rio, Texas after crossing the Rio Grande River from Mexico.

‘Never been a plan’

Asked whether any Haitian migrants and asylum seekers would be sent to Guantanamo migrant facility, White House Press Secretary Jen Psaki told reporters: “There’s never been a plan to do that.”

“I think there was some confusion related to the Migrant Operations Center, which has been used for decades to process migrants interdicted at sea for third-country resettlement.”

The bid request caused “confusion because of the timing”, Psaki said. The Biden administration has been struggling with the arrival of Haitians to a makeshift camp at the border. It has already deported thousands and taken others into custody.

Earlier this week, the US immigration officials launched an investigation after images emerged of mounted US border guards appearing to use horse reins to threaten migrants camped along the Texas-Mexico border.

The tender issued by the Immigration and Customs Enforcement (ICE) bureau said the Guantanamo facility would have “an estimated daily population of 20 people” but that the service provider should be prepared to “erect temporary housing facilities for populations that exceed 120 and up to 400 migrants in a surge event”.

It also requires that “at least 10 percent of the augmented personnel must be fluent in Spanish and Haitian Creole”.