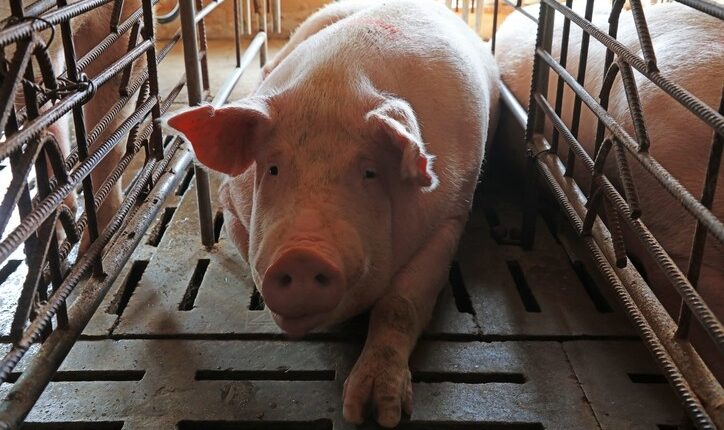 US pork products to flood local market; as country reaches agreement with USDA

Local pig farmers are in danger of being pushed out of business as the country officially opens its borders to large quantities of imported pork and meat products from the United States of America.

Per a market access report from the United States Department of Agriculture (USDA), the Ministry of Food and Agriculture (MoFA) has sealed a deal with USDA’s Food Safety and Inspection Service (FSIS) by which the two parties have agreed to allow the products into the Ghanaian market.

The report, which is available to the B&FT, indicates that ‘MoFA acknowledged receipt of the FSIS’ proposed certificate of export for pork and pork products, and confirmed its acceptance, adding: “The Ghanaian market is now officially open to US exports of pork and pork products in addition to other meat products from the United States”.

The agreement was reached as a result of a request made by the USDA’s FSIS on October 24, 2022 for Ghana to allow pork products to be imported into the country in huge quantities.

The deal has however sparked concerns among stakeholders of possible dumping and the risk it poses to local meat production and the cedi. Livestock industry players are also worried over whether there are designated laboratories in place to check the wholesomeness of these impending imports.

For instance, the Chamber of Agribusiness Ghana (CAG) has expressed worry over the deal, saying it does not augur well for local piggeries and the economy at large.

“As it stands, pig farmers are finding difficulties in sustaining the industry due to high feed and operational costs, and now an undue advantage is being offered to American producers who have subsidies from their country as well as cheap technology to produce more,” lamented CAG’s CEO, Anthony Selorm Morrison.

According to the report, the Chief Veterinary Officer of the Veterinary Services Directorate of MoFA signed and responded to the request on January 12, 2023 – that the country will not only accept pork products onto its market but also other meat products including beef, goat, lamb and poultry, among others.

Pork products have become a major delicacy for many Ghanaians in recent years, with some piggeries in the country, according to CAG, exporting the commodity to the Chinese market – the largest pork consuming nation in the world.

CAG however disclosed that lack of data on the livestock industry, particularly pork production, has been a major problem in the country: “Data would have informed government about the gains being made, and whether we need to import in large quantities or rely on government for funding in order to expand production”.

The Chamber also lamented the lack of consultation with stakeholders by government before entering into the pact.

Ghana’s imported pork and pork products market was valued at US$16million in 2021, according to the USDA.

Total imports have increased progressively from 2017, hitting 15,000 metric tonnes in 2021 as the market is dominated by the EU, with the United States not being a significant player – not even counted among the top-ten importers into the country.

The USDA has however noted that opening the market to US pork and pork products is an opportunity that will be exploited by businesses from that country.

About 70,000 metric tonnes of pork and pork products have been imported into the country in the last six years – from 2017 to 2022 – according to Trade Data Monitor LLC, with the top-ten countries being Belgium, Poland, Germany, Netherlands, Ireland, Romania, Spain, Ukraine, the UK and France.