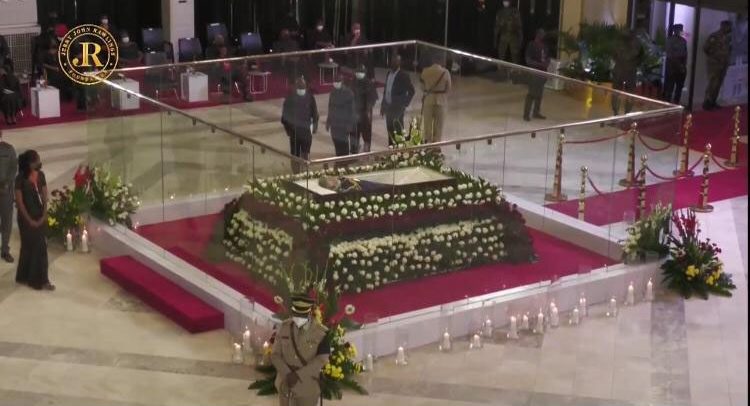 Day two of the funeral rite of former President Jerry John Rawlings commences with the remains of Ghana’s longest-serving President laid in state for the public to pay their last respect.

The body was placed in a glass cubicle at the Accra International Conference Centre (AICC) and guarded by four soldiers in line with military tradition.

The former President who was the Commander-in-chief of the Ghana Armed Forces from December 31, 1981, to January 7, 2001, died last year.

Watch the live event below: