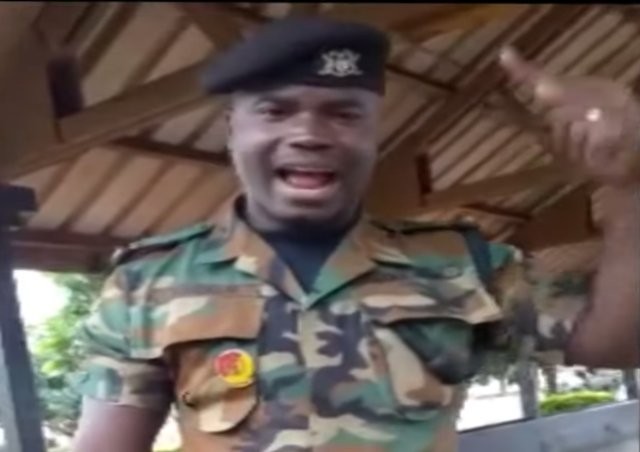 Video: Soldier allegedly locked up for campaigning against new chamber

The military hierarchy is said to have locked up an officer seen in a viral video speaking against the controversial new parliamentary complex.

The officer is also heard in the video appealing to President Akufo-Addo not to support the plan.

The officer whose name is not known described calls for the construction of a new chamber as selfish on the part of Parliamentarians.

Joy News sources say he’s likely to spend about a month in the detention in accordance with military regulations.

His comments amount to an offence described in the military as ‘disloyalty’.

The announcement of a new chamber among other facilities for MP last week has been heavily criticised.