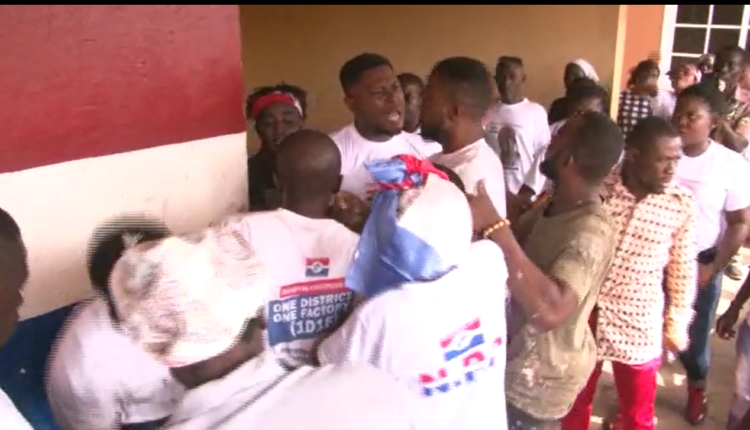 Violent clashes at the NPP’s Asante Mampong constituency office in the Ashanti Region have left five supporters with various degrees of injuries.

Supporters of aspiring Member of Parliament for the area, Francis Addai- Nimo, and supporters of the incumbent MP Kwaku Apratwum-Sarpong, clashed over some misunderstanding.

The violent clash started after constituency executives rejected the nominations forms of the former Member of Parliament and one-time presidential hopeful, Addai Nimo.

Ultimate FM’s Isaac Bediako reported that Mr. Nimo had placed a call to the party’s National General Secretary John Boadu after his forms were rejected. The aspirant was then directed by John Boadu to go back to the constituency office to file his nomination again at 3 PM.

“When Addai Nimo’s delegation was preparing to go and file the nomination at 3 PM, they got the information that the party executives were locking up the office. The supporters were provoked and they stormed the party office and that was where the two groups, supporters of the incumbent and Addai Nimo, clashed and started fighting with stones and sticks,” he said.

According to the reporter, no arrests have been made yet.