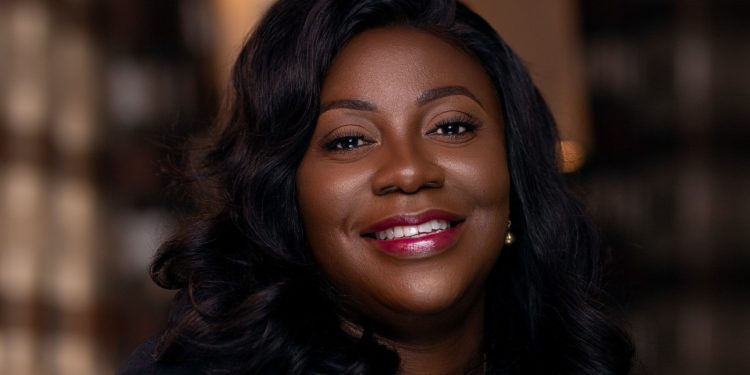 She spoke at this year’s Bruegel Annual Meeting on the topic the Africa Economic Recovery after COVID-19.

Bringing the private sector perspective on the panel, Vodafone CEO disclosed that in March when the pandemic hit the country, her organisation had partnered with the government and citizens to save lives.

This initiative, she said, saw a general 50% increase in data traffic.

The company further set up tele-centre which had 15 multilingual doctors helping citizens.

The organisation also scaled up the programme offering both global and local content so more students can access the instant schools platform at no data charge.

“Aggregated anonymised data, mobility insights and contract tracing apps all were deployed in the fight against COVID-19.

“In addition, the collaboration with the Ghana Statistical Service gave insights into population challenges and dynamics. We worked with the Central Banks to enhance financial inclusion. In many markets, we took off when funds were transferred.”

Other interventions by the telco include extending the tier limit with the Vodafone CEO indicating “it started with Safaricom in Kenya and now there are 8 operations in African markets with about 40 million customers and we have about $14 billion yearly transactions.”

Since the COVID-19 pandemic hit, about €100 million has been pumped in by the global telecommunication entity.

Speaking on the theme for the discussions, Madam Obo-Nai noted that governments and the private sector must work for economic recovery by looking at strengthening social resilience.

“The pandemic has impacted livelihoods, trade and economic growth. 25 million people in Sub-Saharan Africa are being pushed into poverty so there’s a need for a deliberate effort by the private sector and government to rescue such people,” she noted.

According to Madam Obo-Nai, “this crisis is leading to rising unemployment and widening of the gap between the rich and poor as well as young and old.”

“For Africa, we have done the basic on mobile money usage but more work is being done for more people to venture into digital wallet, merchant payment etc. A billion dollars is spent yearly by Vodafone on network upgrades but infrastructure gaps with broadband require $80 to 100 billion which governments must do more to assist with,” she stated.

She then urged the government to partner with the private sector to better manage the health crisis, contain the socio-political impact and aid economic recovery.

For her part, the former Liberian President, Ellen Johnson Sirleaf, observed that at the start of 2019, Africa was hailed as a rising continent and despite the Ebola outbreak in West Africa as well as acts of terrorism in the Sahel, the continent recorded growth.

“Decades of economic and political transformations earned the continent its credentials of a participant democracy,” she declared.

Nonetheless 75% of 1.3 billion Africans face a bleak future because of rising population and limited resources which put great risk on sociopolitical stability of the states.

It is in the face of these threats that Madam Sirleaf welcomes the African Continental Free Trade Area (AfCFTA) which seeks to accelerate intra-African trade while boosting Africa’s trading.