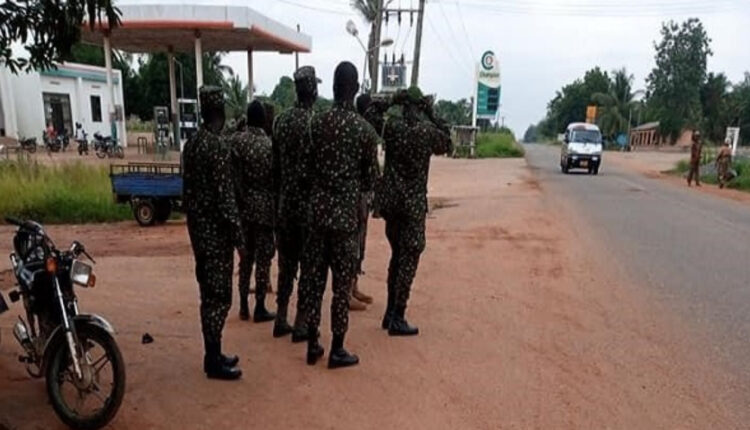 The Volta Regional Caucus in Parliament has welcomed President Akufo-Addo’s commitment to set up an investigative committee to look into controversies that surrounded military deployment to the region during the registration exercise.

“If the President is saying they are setting up a committee to investigate, we totally support it.

“I will be more than willing to subject myself to that committee and that is why we want the committee to be formed immediately,” the Chairman of the Volta Regional Caucus, Emmanuel Bedzrah, said in a Joy News interview monitored by theghanareport.com.

President Nana Akufo-Addo during a meeting with the Chiefs and people of the Anlo State expressed willingness to set up a committee to investigate the controversies of the deployment as the opposition accused the government deliberately deploying the military to suppress high turn out during the voter registration exercise from June 30 to August 9.

A claim the President denied insisting that the deployment was to safeguard the country against terrorists’ intrusion.

But to clear his name and bring out the truth, the President said he is open to set up an investigative body to look into the matter as he suggested to the leadership of the regional house of chiefs who visited him to complain about the harassment of their subjects by the military personnel deployed to their communities.

But Mr Bedzrah, who welcomed the news, strongly opposed the president’s notion that the social media videos of military presence harassing town folks was a mere fabrication.

“Let us also agree that the deployment of military personnel or some video circulating on social media saying things that are not true, especially that pictures taken from the registration centres are not true…that is not true.

” I don’t want to call out the President for not telling Ghanaians the truth. I was personally involved when the military personnel were harassing some civilians and that was brought to fore.

“The military personnel were going from home to home, a particular woman was harassed and she was asked to open her room to find out whether she was hiding Togolese in her room,” he stressed.

According to him, the military personnel deployed in the area were simply preventing people to register.

The deployment of the soldiers to the Volta Region ahead of the new voter registration exercise which began on June 30 had raised eyebrows among the populace, with many questioning the rationale for the military presence.

The government maintained deployment was to shield the country against the intrusion of foreign nationals who have the potential of jeopardizing Ghana’s democracy and health efforts at a time COVID-19 is on the rise in Ghana.

But some critics suggested that it was meant to disenfranchise the people of the Volta Region from partaking in the exercise.

To put some finality to the ongoing debate the president has once again emphasised reasons for the military presence.

President Akufo-Addo said it was meant to protect the country against terrorism as its neighbours, particularly Burkina Faso, struggle to hold back terrorists.