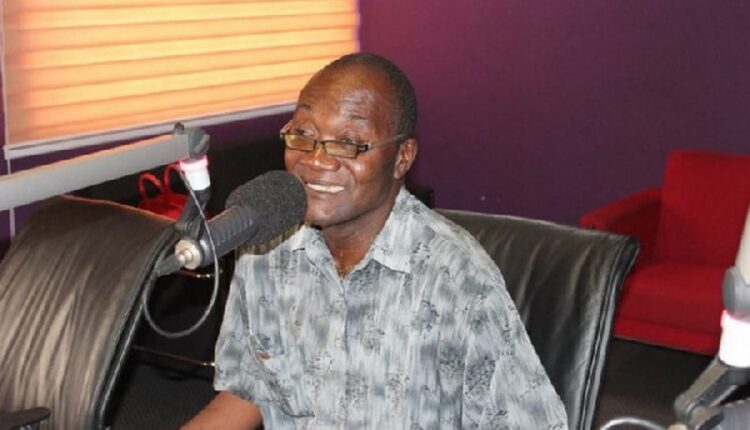 Watch out for destiny killers posing as friends – Jagger Pee

After experiencing the good and bad sides of showbiz, veteran actor Jagger Pee has sent a word of caution to young entertainers to be wary of friends.

The actor, who shot to fame in the Jagger Pee TV series on Thursday Theatre in the 1990s, said his advice had become necessary following his experiences and recent happenings on the showbiz scene.

According to him, even though he had moved on from the unpleasant incident that saw his incarceration in 1996, he has been charged to publicly warn young entertainers of the friends they keep following a number of revelations and divine encounters.

“The truth is that nobody can choose a friend for you and knowing someone for a long time doesn’t necessarily mean he or she could be a good friend. And that is why it is more important for celebrities to commit everything to God in prayer since we are not seers to tell the future or know what is in a person’s head.

“Surprisingly, people who are marijuana or cigarette smokers, womanizers, alcoholics, or drug addicts are easily perceived to be bad influences but the truth is that such people are not necessarily bad friends.

“However, there are those who are quick-tempered and cannot contain certain things in life so celebrities need to be careful. Not everyone they see as friends has their interest at heart.

“The fact that they are with you, hang around you, or say they have got your back doesn’t mean they are for you. There are many who will be with you because of what they gain from the relationship but will never be there for you in low moments,” he stated.

Away from that, Jagger Pee also spoke on the “spiritual implications” of roles in an actor’s life, mentioning that the reality of the prison roles he played in some TV series dawned on him when he was imprisoned.

“I remember very well that I played the role of a prisoner in Too Late and Ayalolo. Well, at that time, it was just another role I interpreted as an actor but later, I found myself at the Nsawam Prisons,” he said.

Born Abeiku Nyame, Jagger Pee was one of the leading actors in Ghana in the 90s and made a tremendous contribution to the Ghanaian movie industry until an unfortunate situation took him to prison in 1996.

He was sentenced alongside then friend and music star, Gemann following a shooting incident at the CFC Flats, Dome in Accra, where a taxi driver was killed.

Gemann was sentenced to death, while Jagger Pee got a life sentence but former President John Agyekum Kufuor’s amnesty in commemoration of the country’s 48th independence anniversary pardoned Jagger Pee who immediately relocated to the UK after his release.

He has featured in a number of movies such as Landlord, Too Late and TV series such as Jagger Pee Series on Thursday Theatre and Chorkor Trotro.

With years of experience, the veteran actor has produced his own TV series but told Graphic Showbiz the lack of sponsorship had delayed its showing on television.

“Most of the television stations that have seen it are willing to show it but without any payment. However, that doesn’t work in my interest since I’m working with a production team that needs to be paid.

“So for now, I’m holding on till I get sponsorship that can at least pay for the production cost and crew. I hope to get that by the close of the year so that the series can start showing on TV from next year,” he stated.