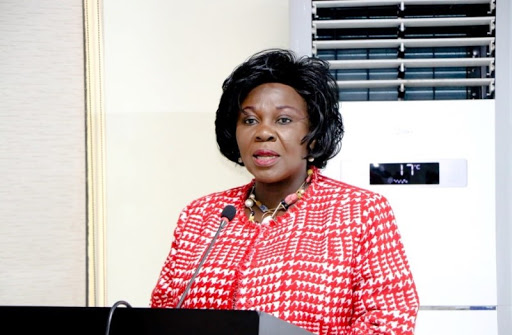 “For the past 10-years there was no recruitment of students that were churned out from the various schools of hygiene but last year we were fortunate enough to have the financial clearance to employ 1,174 students” she touted.

For the past two years, environmental health graduates have staged series of demonstrations at the ministries of health and finance over their postings and unpaid allowances respectively.

Bringing clarity to the agitations, the minister-designate said “their allowances were in a limbo because they were moved from the Ministry of Health to Ministry of Sanitation but the Finance minister through our prompting has paid the allowances” she said.

‘Sama Sama has been replaced by sanitation guards

The Sanitation Minister-designate announced that sanitation workers locally referred to as ‘Sama Sama’ has been replaced.

She said they have been replaced with sanitation guards within each municipality across the country.

“The sanitation guards are the ones who work together with the environmental Health officers to make sure our environment is clean,” she said.