We have managed Cedi depreciation better than our predecessors – Bawumia

Although Ghana’s cedi is said to be the worst-performing currency among Africa’s top currencies, Vice-President Dr Mahamudu Bawumia has maintained that comparatively, the Akufo-Addo administration has performed better.

According to the Vice President, the worst performance of the Ghana cedi occurred during the erstwhile Mahama administration when the average depreciation rate was 18%.

Dr Bawumia was speaking on the state of the economy at the national TESCON conference in Kasoa on Thursday, April 7. 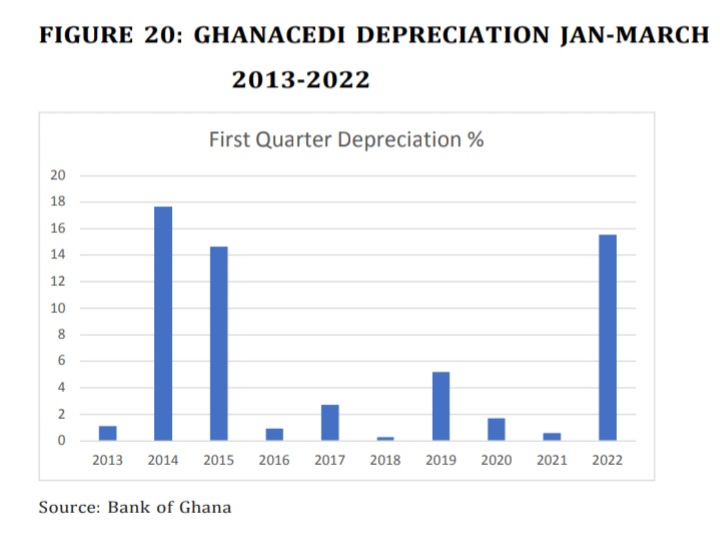 He reiterated that in the history of the Fourth Republic, the worst performances for exchange rate depreciation happened from 1993 to 2000 and 2009-2016.

Data from the Bank of Ghana show that the cedi depreciated by about 14.6% to the US dollar within the first quarter of 2022, while Bloomberg described the Ghana cedi as the worst-performing currency on the global market.

But the Vice President, who has been touted as an ‘economic messiah’ attributed the fast depreciation of the cedi in the first quarter of 2022 to a number of factors.

He said: “The financial markets’ assessments of the 2022 budget, unfortunately, concluded that our projected 40% increase in revenue which underpinned the 2022 budget was not likely to materialize and therefore, our deficit will increase. The chaotic battle in Parliament over the budget and the passage of the budget did not also help matters”.

According to him, this created uncertainty and signal to the market that government may not be able to get most of its programmes passed in a tightly balanced Parliament.

He believes this further reinforced the lack of confidence by investors in the budget presented by Finance Minister Ken Ofori Atta. 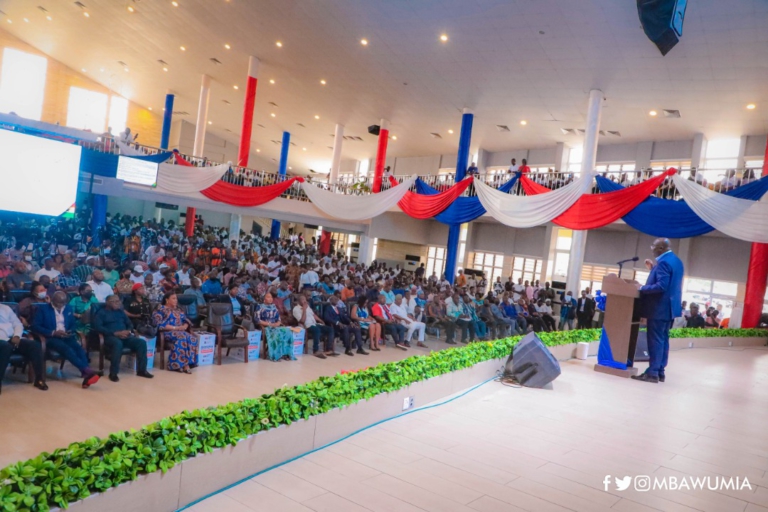 Again, he was of the view that delays in implementing major tax reforms such as the benchmark policy reversal, tax exemptions bill, common platform for property tax, and the review of fees and charges appeared to support the assessment of the market that the government will have difficulty in getting its programs through parliament.

To add to this negative market sentiment, Dr Bawumia said there was a sovereign credit rating downgrade by Fitch and Moody’s as a result of concerns about fiscal and debt sustainability.

“This resulted in an unwillingness of foreign investors to roll over holdings of domestic debt. They demanded foreign exchange to repatriate their investments,” he explained..

He added that Ghana’s announcement that it would not issue a sovereign bond in 2022 also worried investors and thus sent a negative signal about the adequacy of Ghana’s foreign exchange reserves.

“So they [investors] wanted to get a hold of the foreign exchange now, and this led to the demand for the US dollar on the market. The increases in interest rates in the US and other economies also made the cedi unattractive.

“And in February we had the conflict between Russia and Ukraine. Associated fuel price increases also put pressure on the local foreign exchange market,” he added.

Dr. Bawumia said the combination of these resulted in a sharp depreciation of the cedi within the first quarter of 2022.

The Vice President called for appropriate fiscal adjustments to address structural rigidities and ensure that the fiscal
targets for 2022 and beyond are met.

He said it was important to cut expenditure and increase revenues of the magnitude that will allow Ghana to be on the path to fiscal and debt sustainability.

He explained that more borrowing will not solve the problem. The solution is to provide fiscal space to undertake critical reforms on the expenditure and revenue sides of the budget as well as increasing economic growth.

In view of that, he indicated that the government has taken the decision and announced some revenue and expenditure measures in this regard. These include:

Dr Bawumia believes these are all steps in the right direction.