The Harmonious Chorale-Ghana has urged the public to disregard what is said was false information circulating on social media to the effect that they were behind a political song titled ‘Yete Sika So Nanso Ekom De Yen’.

The Twi song was coined from one of the statements by President Nana Addo Dankwa Akufo-Addo in a campaign against the National Democratic Congress (NDC) about the hardship the Ghanaians were facing, although the nation is blessed with abundant wealth.

In a press release dated November 17, 2022, the choir indicated that “their attention has been drawn to a video circulating widely on various social media platforms, in which the choir is purportedly seen performing a song with a predisposition”.

They said the adulterated song was coined from their previous recording titled “Heaven: Non-Stop Praise Jam”.

According to the group, the video which originated on Tik Tok has portions of their original work, posted on their YouTube channel, superimposed over their audio.

The release continued: “The Harmonious Chorale disassociates itself from the viral video and takes strong exception to the doctoring of its original content”.

The choir promised to take frantic steps to “address the fraudulent misrepresentation” and assured their fans and well-wishers that “the choir remains focused on its core mandate of ministry and must disregard the content as one produced by the Harmonious Chorale-Ghana”.

Find The Press Release From The Choir Below 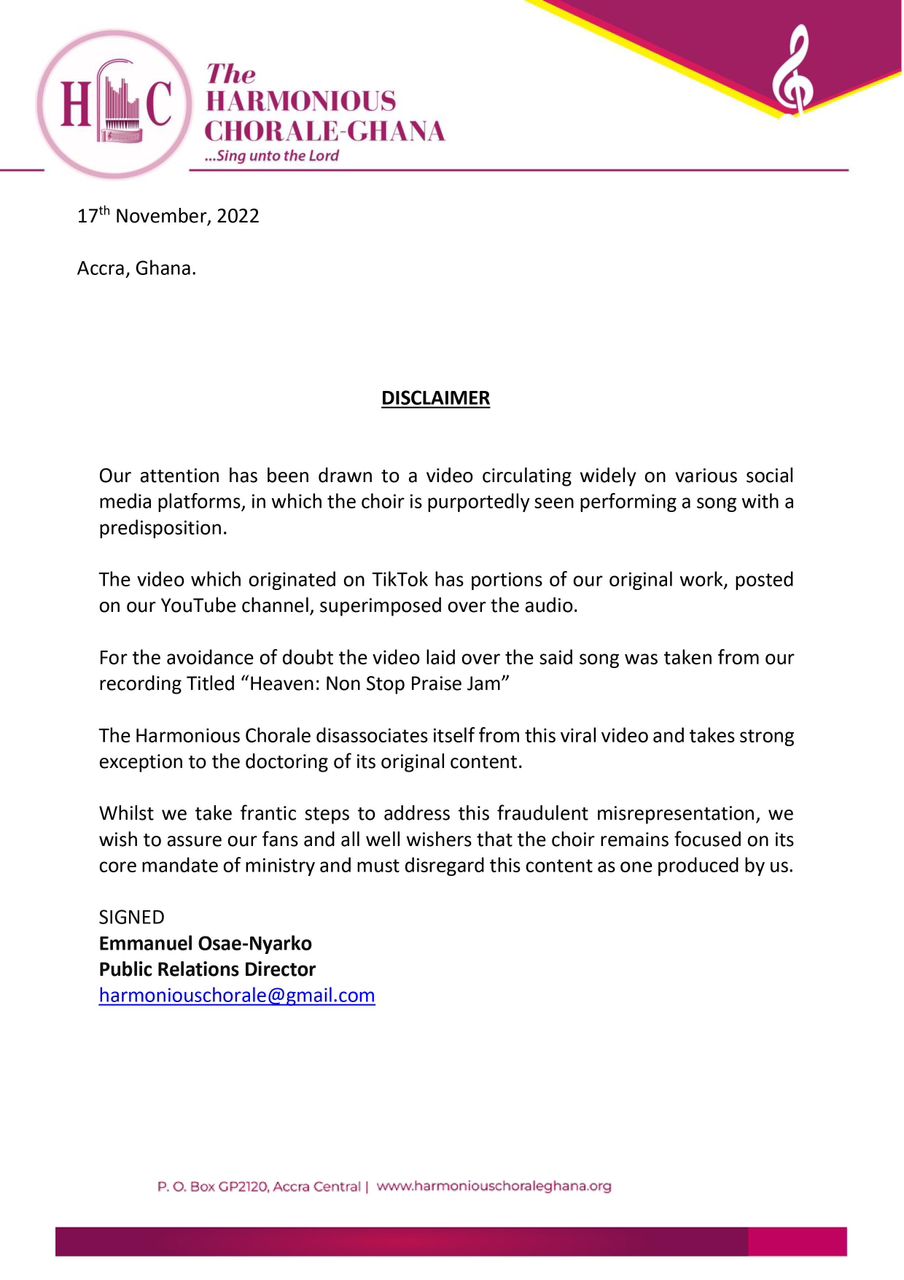