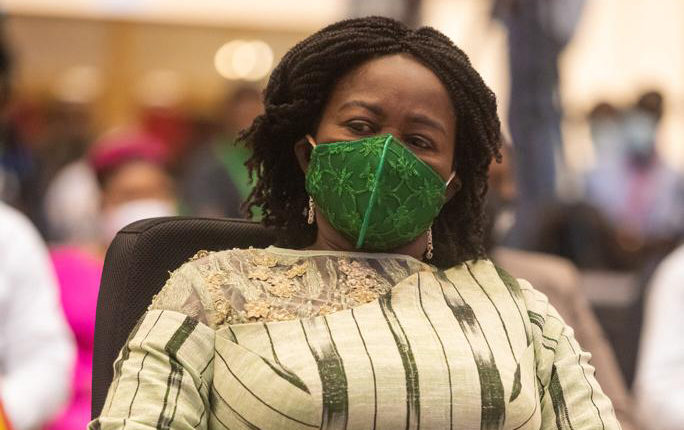 Discussions on reverting mission schools to the Missions will be re-opened if the National Democratic Congress (NDC) returns to government, Professor Naana Jane Opoku-Agyemang, Vice Presidential Candidate of the NDC has said.

According to her, although the previous NDC administration was prepared to hand over the mission schools, the discussions with the Missions regarding their arrangements to manage the schools, were inconclusive.“We are prepared to hand over, but we have to make sure that the Missions have the capacity to manage the schools effectively,” she said.A statement signed by Mawuena Trebarh, her Spokesperson and copied to the Ghana News Agency in Accra said the Running Mate said it during an interaction with the clerics of the Sekondi Diocese of the Methodist Church in Sekondi as part of her campaign tour of the Western region.The government took over the mission schools due to inadequate managerial capacity and resources of the Missions to manage their schools.However, in the last several years, the Missions have been asking for managerial control of their schools to be returned to them.“It is a conversation which we will re-open and concluded when we return to power,” she said.Prof. Opoku-Agyemang explained that as much as the NDC government would want the Missions to have the schools, it would be interested in ensuring that the Missions have the management capacity, the resources to pay staff, and structures for open and fair admission.During her tenure as Education Minister, she said while some Missions were calling on government to hand over the schools to them, other religious bodies were requesting the government to absorb their schools due to the difficulty in managing the academic institutions.“We are ready to hand over the schools, but we don’t want to return to the reason the schools were taken over by the government,” she said.She assured the Missions of enhanced partnership in managing the schools for the benefit of the children, describing the contribution of the Missions to the development of the country’s education system as enormous.“The next NDC government shall enhance its partnership with the Missions to advance the level of education in the country,” Prof. Opoku-Agyemang said.Rt. Rev. Daniel De-Graft Brace, Bishop of the Sekondi Diocese, thanked the Running Mate for her sincerity on the matter, and assured her of the support of the church.