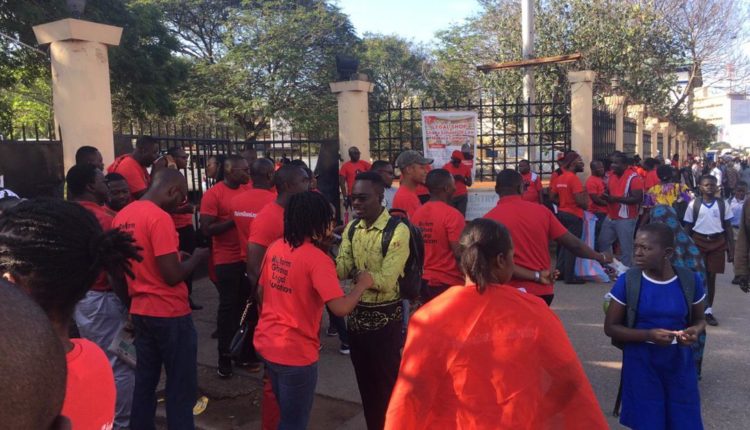 “We will sue the police over brutalities”-Law students

The National Association of Law Students say they are in talks with their lawyers to drag the Ghana Police Service to court for assaulting their members when they embarked on a peaceful demonstration on Monday .

The students, who hit the street to demand reforms in Ghana’s legal educational system, were showered with hot water from the police cannons and manhandled during demonstration.

The police also fired rubber bullets to disperse the crowd and in the process injured many.

The actions of the police have been criticized by many including the government of Ghana.

A convener for the law students, Regina Amegah said “what happened was very appalling. it was very disgraceful. We are calling on the IGP to act. We are also calling on government to act. So we are engaging our lawyers on possible ways to either sue the Ghana police or also engage other human rights stakeholders like Amnesty International because what happened was unlawful and disgraceful to the country”.

“While the brutalities were happening, we got close to the officers and asked why they were doing that. They said it was an order from above. We want the IGP to launch an inquiry into the brutalities and sanction any officer who is found culpable. Law students have never in the history of this country demonstrated… So if we have complied with all the legal requirements to embark on a peaceful demonstration, why should you treat us in such manner?” Madam Amegah quizzed.