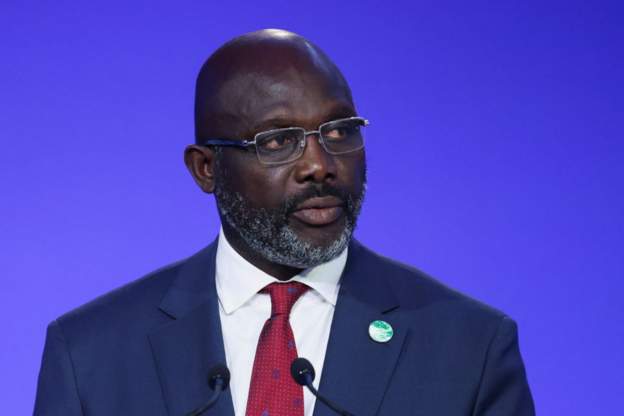 Weah’s performance in spotlight ahead of Liberia poll

Liberia’s President George Weah has so far delivered on 24 of his 292 campaign promises ahead of the October general elections in which he will be seeking to retain the job, a civil society organisation tracking his government’s performance has said.

“That constitutes 8% of the promises,” Eddie Jarwolo from the respected Naymote Partners for Democratic Development told the BBC.

Fighting corruption, a main factor in Liberia’s underdevelopment, was key in Mr Weah’s inaugural address in 2018.

However, in the last five years Mr Weah and top officials have instead come under criticism for allegedly amassing wealth and building fabulous private properties, much to the disappointment of their grassroots supporters.

There have been frequent reports of shady deals involving key government actors and a lack of accountability on how millions of dollars of state funds have been spent.

Maxson Kpakio from Justice Forum Liberia, an established advocacy group, said he was “hugely disappointed in the Weah administration because for five years we are yet to see foreign direct investments; all we see is corruption and hardships”.

The chairman of the governing Congress for Democratic Change party, Mulbah Morlue, dismissed the criticisms.

He told the BBC that the development achievements of Mr Weah’s government “are countless”, naming the construction of roads and hospitals.

He added that because of Mr Weah’s track-record, the re-election of the former football star was certain in October.