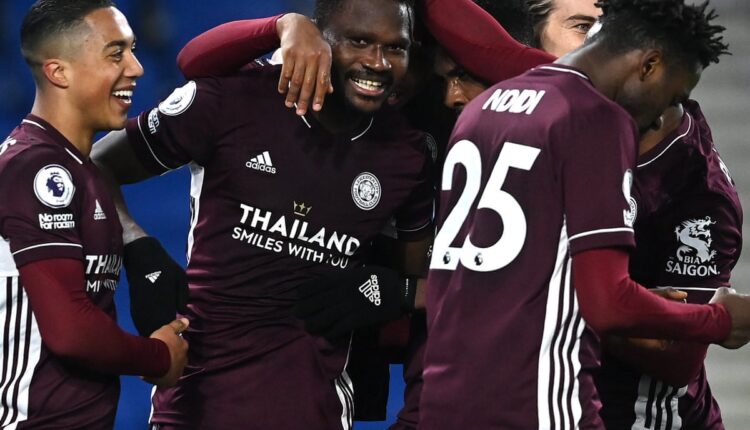 Below is a comprehensive report on the performance of Ghanaian players abroad in the ongoing 2020/21 football season across the globe.

In Premier League, Mohammed Salisu played full throttle for Southampton in their 3-1 win over Fulham

Jordan Ayew was an unused substitute in the game for Palace

In FA Cup, Daniel Amartey was part of the Leicester City FA Cup squad that beat Chelsea 1-0 at the Wembley Stadium

In La Liga II, Baba Iddrisu saw 30 minutes of action for Mallorca in their 2-0 win over Alcorcon

In Ligue I, Alexander Djiku was in action for Strasbourg as they recorded a 2-0 win over Nice

Majeed Waris was not included in the matchday squad

In Ligue II, SalIS Abdul Samed and Alidu Seidu were both in action for Clermont as they lost Caen 2-1

In Serie A, Emmanuel Gyasi warmed the bench for Spezia as they recorded a 4-1 win over Torino

In Bundesliga II, Christopher Antwi-Adjei climbed off the bench to play 31 minutes for Paderborn as they lost 4-2 against Greuther Furth

Patrick Twumasi warmed the bench in Hannover 96 2-1 win over St.Pauli

In the Austrian Bundesliga, Kennedy Boateng played the full throttle for Ried as they lost 3-0 against Altach

Samuel Tetteh climbed off the bench to play 18 minutes St.Polten in their 2-1 defeat to Austria Vienna

Dennis Tetteh was in action for Slavia Mozyr

Dauda Mohammed was an unused substitute in the game

Francis Abu was on the scoresheet for Nordsjaelland in their 3-1 defeat to Aarhus.

In First Division, David Martin was in action for Fremad Amager as they lost against Skive IK

Winful Cobbinah was on the bench for Ceramica

Ishmael Yartey was in action for Haka

Baba Alhassan climbed off the bench to score for FC Hermannstadt

Lawrence Ati-Zigi was in post for St.Gallen as they recorded a 5-0 win over Lausanne

Joseph Akomadi was on the bench for Hatayspor

Local coaches are not respected by Ghana FA’s Executive Council –…