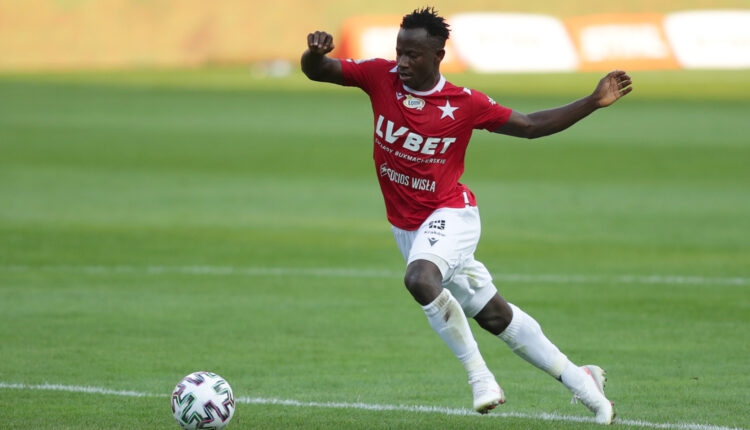 Below is a comprehensive report on the performance of Ghanaian players abroad in the ongoing 2021/22 football season across the globe.

In Premier League, Jeffrey Schlupp started the game but was subbed off for Jordan Ayew on the 68th minute as both featured for Crystal Palace in their goalless draw with newly-promoted side Brentford.

Tariqe Fosu wasn’t included in the matchday squad for Brentford.

Mohammed Salisu played 90 minutes for Southampton as they held Manchester United to a 1-1 stalemate at the St Mary’s Park.

In English Championship, Albert Adomah played 54 minutes for QPR in their 2-2 draw with Barnsley.

Andy Yiadom played the whole game for Reading in their 2-1 defeat to Coventry.

In League One, Hiram Boateng was on the bench for MK Dons against Ipswich Town.

In La Liga, Baba Iddrisu saw 70 minutes of action for Real Mallorca in their 1-0 away win against Deportivo Alaves.

In La Segunda Liga, Samuel Obeng was on the scoresheet for Real Oviedo but wasn’t enough as his side, lost 2-1 against UD Almeria away.

In Bundesliga, Hans Nunoo Sarpei saw 70 minutes for Greuther Furth in their 1-1 draw against Arminia Bielefeld.

Christopher Adjei-Antwi and Rahman Chibsah did not feature in Bochum 2-0 win over Mainz.

In Bundesliga II, Patrick Twumasi was on the bench for Hannover 96 in their 1-0 defeat to Heidenheim

Kelvin Ofori warmed the bench in Paderborn’s 3-1 win over St.Pauli.

In Ligue 1, Gideon Mensah lasted the entire duration in Bordeaux’s 1-1 drawn game against Angers at the Stade Matmut Atlantique

Salis Abdul Samed climbed off the bench to play 31 minutes for Clermont in their 3-3 draw against Lyon, Alidu Seidu was an unused substitute for  Clermont.

Alexander Djiku missed the game due to suspension

In Ligue II, Emmanuel Lomotey was red-carded in the game for Amiens against Sochauxon while Nicholas Opoku missed out due to injury.

Bernard Tekpetey climbed off the bench to play 13 minutes for Ludogerets in their 5-0 win over Lok. Sofia

Emmanuel Toku played 87 minutes for Botev Plovdiv in their 3-1 win over Levski Sofia.

In MLS, Jonathan Mensah was in action for Columbus Crew in their 2-1 defeat to Seattle Sounders, Harrison Afful was on the bench in the entire game.

Isaac Atanga played 21 minutes for FC Cincinnati in their 4-1 defeat away to New England Revolution, a match that saw Emmanuel Boateng scoring for the home side.

Elvis Amoh reduced the deficit for Rio Grande Valley FC as they lost to El Paso 3-1.

Lawrence Ati Zigi lasted the entire duration for St. Gallen in their 1-1 draw with FC Sion, Musah Nuhu was not in action due to injury.

Sadat Karim came off the bench to score for Halmstad in their 2-1 win over Norrkoping, Thomas Boakye saw 13 minutes in the game

Kwame Kizito saw 72 minutes of action for Falkenbergs as they won 1-0 against Trelleborgs.

Mohammed Kudus missed Ajax’s game against Twente due to injury.

Yaw Yeboah was on target for Wisla in their 3-1 win over Leczna.

Ernest Boateng, Bright Owusu was in action for Samorin against Banska Bystrica which ended in a 1-1

Edwin Gyimah played the full throttle for Sekhukhune in their 1-0 defeat to Chippa United.

Najeeb Yakubu lasted 89 minutes in the game for Vorskla Poltava in their 2-0 win over Metalist.

Benjamin Ayim saw 90 minutes of action for Al Dhafra in their 2-0 defeat to Al Jazira.

David Martin saw 26 minutes of action for Fremad Amager in their 2-0 win over Koge.

Abdul Halik Hudu warmed the bench for Lyngby in their 3-3 draw against Helsingor.

Kwame Bonsu played the full throttle for Ceramica Cleopatra in their 2-1 defeat to Zamalek.

Kelvin Yeboah scored his fourth goal of the season for Sturm Graz in their 2-2 draw against Austria Vienna.