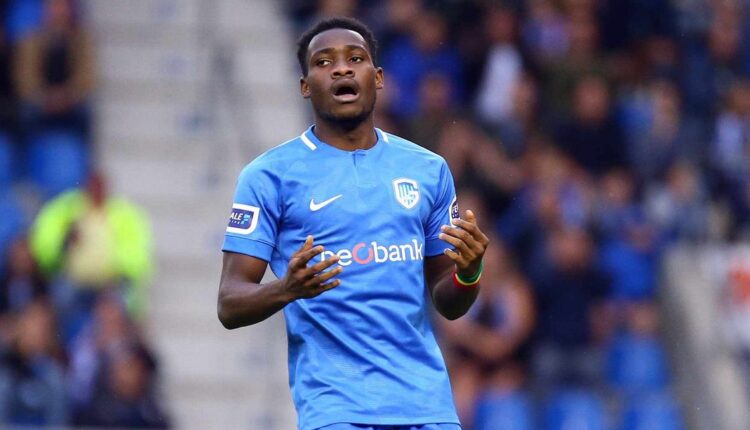 Below is a weekly report on the performance of Ghanaian players abroad in their respective leagues across the globe in the ongoing 2021/22 football season.

In the Premier League, Mohammed Salisu came on as a substitute for Jack Stephen in the 35th minute as Southampton gallantly held champions Manchester City to a goalless draw at the Etihad Stadium.

Jordan Ayew lasted the entire duration of the game for Crystal Palace in their heavy 3-0 loss to Liverpool at Anfield, winger Jeffrey Schlupp was not in action to injury.

Thomas Partey lasted 75 minutes in Arsenal’s narrow and crucial away triumph over Burnley at Turf Moore.

Daniel Amartey was an unused substitute for Leicester City as they lost 2-1 away to Brighton.

In English Championship, Baba Rahman and Andy Yiadom were in action for Reading in their 1-2 away victory over Fulham at the Craven Cottage.

In La Liga, Joseph Aidoo wasn’t included in the matchday squad for Celta Vigo who lost against Cadiz at the Abanca Balaidos

Iddrisu Baba was in action for Mallorca in their goalless draw against Villarreal.

In Ligue 1, Kamaldeen Sulemana was introduced into the game on the 60th minute for Rennes in their 2-0 defeat to giants Marseille

Salis Abdul Samed played full time for Clermont Foot who were held by Brest to a 1-1 stalemate, His compatriot Alidu Seidu was also introduced into the game in the 77th minute.

Osman Bukari played 66 minutes for FC Nantes in their resounding 1-4 away triumph over Angers.

Emmanuel Lomotey returned from suspension and lasted the entire minutes in Amiens SC 3-3 draw with Nimes Olympique in the French Ligue 2.

In Ligue II, Ebenezer Assifiuah was on target for Pau FC in their 1-1 draw against Valenciennes, Emmanuel Ntim played full throttle for the away team Valenciennes.

In Bundesliga, Kevin-Prince Boateng was in action for Hertha Berlin in their 2 -1 win over Greuthur Furth, Hans Nunoo Sarpei was on the bench for Greuthur Furth

Christopher Antwi-Adjei made a 73rd-minute appearance for Bochum who suffered a 7-0 thrashing by Bayern Munich.

Kudus Mohammed was an unused substitute as he made his return from injury, Ajax annihilated newly-promoted Cambuur by 9-0 in that game.

In Serie A, Alfred Duncan enjoyed 65 minutes of action in ACF Fiorentina’s crucial 1-2 away triumph over Genoa.

Emmanuel Gyasi lasted the entire duration in the game for Spezia as they defeated Venezia 2-1.

Isaac Nuhu featured for Eupen who recorded a 1-2 away win against Cercle Brugge, goalkeeper Abdul Manaf Nurudeen was not included in the matchday squad for the victors.

In the Super Lig, Bernard Mensah was on target for Kayserispor in their 2-1 away defeat to Hatayspor alongside countryman Joseph Attamah Larweh, in the same game, Isaac Sackey made a brief appearance for the home team.

Benjamin Tetteh returned to the scoresheet for Yeni Malatyaspor but his team lost 3-4 at home to Fatih Karagumruk, both Haqi Osman and Philip Awuku was introduced into the game for the home team.

Francis Abu and Sadiq Ibrahim were in action for FC Nordsjaelland in their 3-2 defeat to Randers at the Cepheus Park.

Frank Assinki played 45 minutes for Koge as they lost 4-3 away to Jammerbugt.

Former Black Stars B captain Isaac Twum lasted the entire duration when his club Mjoendalen were held to a 1-1 draw by Sandefjord.

Salomon Owusu was an unused substitute in Odd BK’s defeat to Lillestrom.

Elvis Manu and Bernard Tekpetey saw full action of the game for Ludogorets in their 1-0 defeat to Slavia Sofia.

Prince Obeng Ampem was on target for Rijeka in their 2-2 away draw against Hrvatski Dragovoljac, Issah Abass was also in action for the away team.

Geoffrey Acheampong and Mohammed Adams were in action for Rovaniemi in their 3-3 draw with KPV.

Baba Mensah was in action for Klube 04 who lost 2-4 at home to TPS Turku.

Thomas Agyiri was in action for KTP in their 1-2 defeat to KuPS.

Eric Oteng saw 90 minutes of action for Ilves in their 1-0 away win over Haka, Ishmael Yartey was introduced into the game in the 67th minutes for the home side.

Anthony Annan saw 56 minutes of action for Inter Turku in their 1-1 away draw at SJK.

Yaw Yeboah played 58 minutes for Wisla in their 5-0 defeat to Lech Poznan.

Patrick Kpozo and Samuel Mensiro featured for Ostersunds their 3-1 win at home against IF Elsborg, Emmanuel Boateng was introduced into the game for the losing away team.

Sadat Karim climbed off the bench to play 12 minutes for Halmstad in their 0-1 at home to Kalmar FF.

Columbus Crew captain Jonathan Mensah featured in their draw game against New England Revolution, his countryman Afful Harrison was also introduced in the game in the 46th minute.

In the Championship, Rashid Tetteh warmed the bench of  New Mexico in their 2-1 over Real Monarchs.

Gershon Koffie played full minutes of the game Indy Eleven who were beaten by Louisville City by 2 goals to nil.

Samuel Owusu lasted the entire duration for his side Al Fayha who lost 2-1 away to Faisaly.

Christian Atsu was an unused substitute for Al Raed who won their match against Al Taawoun.

Afriyie Acquah was also not in action for Al Batin who drew goalless at home to Al Taee.