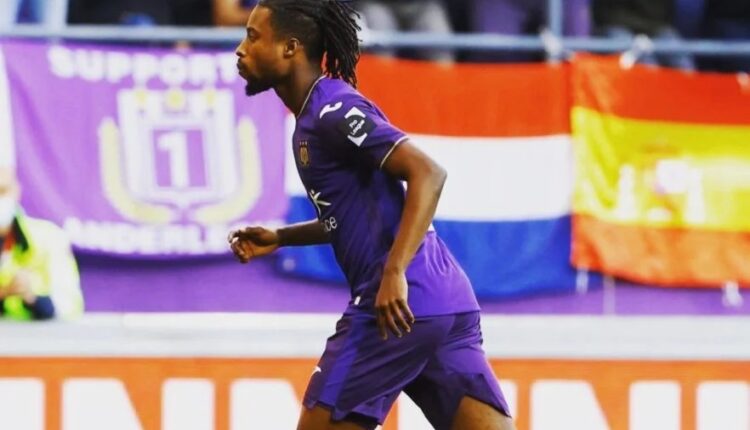 In Premier League, Thomas Partey recorded his first goal for Arsenal in their 3-1 win over Aston Villa on Friday at the Emirates Stadium

Jeffrey Schlupp climbed off the bench to play 18 minutes for Crystal Palace in their 1-1 draw against Newcastle United, his compatriot Jordan Ayew was an unused substitute in that game

In English Championship, Albert Adomah featured for QPR in their 2-1 defeat to Peterborough

In League One, Hiram Boateng saw 63 minutes of action for MK Dons as they lost 3-0 to Rotherham

In League II, Jojo Wollacot was in post for Swindon Town in their 3-1 defeat to Bradford City at home

In La Liga, Iddrisu Baba was in action for Real Mallorca in their 2-2 draw against Valencia

In Segunda Division, Samuel Obeng was on target for Real Oviedo in their 2-1 away win over Ponferradina

In Serie A, Emmanuel Gyasi scored an own goal in Spezia 2-1 defeat to Sampdoria

Serie B, Abdallah Basit was on the bench for Benevento against Cosenza in their 3-0 win

In Bundesliga, Christopher Adjei-Antwi made a brief appearance for  VfL Bochum in their 2-0 win over Eintracht Frankfurt

In Bundesliga II, Daniel Kofi Kyereh scored for St.Pauli in their 4-0 win over Hansa Rostock

In Ligue I, Kamaldeen Sulemana saw 88 minutes of action for Rennes in their 1-0 win over Strasbourg, Alexander Djiku and Majeed Waris were in action for Strasbourg

Abdul Samed Salis was in action for Clermont as they lost 2-1 to Nantes, his compatriot Alidu Seidu was an unused substitute for Clermont

In Jupiler League, Majeed Ashimeru scored for Anderlecht in their 4-2 win over Beerschot

In First Division, Frank Assiniki played the full throttle for Koge who lost to Hvidovre IF by a lone goal

In Eredivise, Mohammed Kudus came on in the 72nd minute for Ajax in their 5-0 win over PSV

Kwasi Okyere Wriedt was in action for Willem II in their 1-1 draw against Sittard, his compatriot John Yeboah was on the bench for Willem II

Dennis Tetteh was on the bench for Slavia Mozyr

In the Bulgarian top-flight, Carlos Ohene saw 60 minutes of action for Tsarsko Selo in their 2-0 win over Lok.Sofia

Prince Obeng Ampem and Issah Abass both featured in the game for Rijeka in their 2-0 win over Lok.Zagreb

In the Finish top-flight, Anthony Annan was in action for Inter Tuku who lost 2-1 against HJK

Jude Arthur climbed off the bench to help SJK beat Ilves 4-2, Eric Oteng played 70 minutes in the game for Ilves in that game

Edmund Arko-Mensah and Nasiru Banahene were in action for Honka in their 2-0 home defeat to Haka, Ishmael Yartey climbed off the bench to play 22 minutes the visitors

Sadat Karim scored for Halmstad in their 3-2 win over Hacken, Thomas Boakye played the full throttle for Halmstad

Gideon Mensah played the full throttle for Varbergs in their 1-1 draw against Malmo FF, Malik Abubakari was introduced into the game in the 73rd minute for Malmo FF

Patrick Kpozo played the entire duration of the game for Ostersunds in their 4-3 defeat to Hammarby, his compatriots and Samuel Mensiro saw red in that game, while Frank Arhin warmed the bench

Kingsley Sarfo was in action for Ol.Nicosia in their 1-0 win over Doxa

Eugene Ansah featured in the game for H.Beer Sheva as they recorded a 3-1 home win over Hapoel Jerusalem, Cletus Nombil was in action for the visitors

In the Polish league, Yaw Yeboah saw 56 minutes of action for Wisla who suffered a 5-0 defeat at home to Slask Wroclaw on Saturday

Kennedy Boateng saw 37 minutes of action for Santa Clara as they lost 2-0 to Famalicao, Lawrence Ofori was on the bench for Famalicao

Rahim Ibrahim warmed the bench for Trencin in their 1-0 win over Z.Moravce-Vrable

Sharani Zuberu played 13 minutes for Dun.Streda in their 1-0 win over Michalovce

In USL Championship, Prosper Kasim scored for Birmingham in their 6-0 win over Sporting KC II, his compatriot Anderson Asiedu was also in action for the winning side