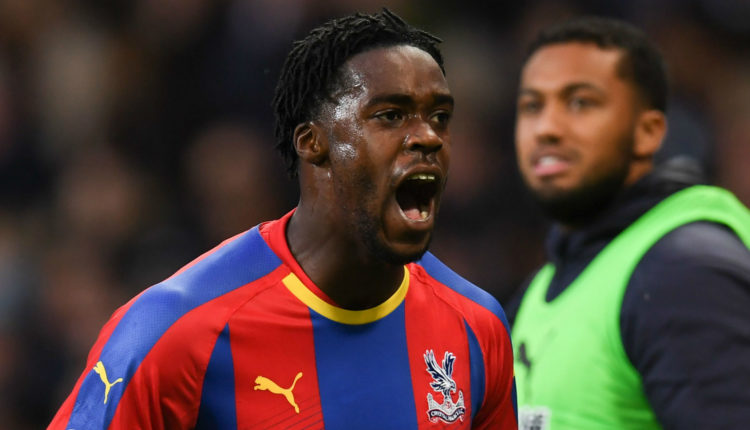 In Premier League, Jeffery Schlupp scored for Crystal Palace in their 1-1 draw against Aston Villa, his teammate  Jordan Ayew warmed the bench in that game

In League Two, Jojo Wollacott was on the bench as Swindon Town secured a 2-1 win against Port Vale

In the La Liga, Joseph Aidoo was in action for Celta Vigo in their 1-0 win against Elche

In Segunda Division, Dauda Mohammed saw 77 minutes of action for Cartagena in their 1-1 draw against Burgos

In Serie A, Emmanuel Gyasi was on target for Spezia in their 3-2 win against Udinese

In Bundesliga, Kasim Nuhu Adams warmed the bench for Hoffenheim in their 5-1 defeat to Monchengladbach

In Bundesliga II, Kwasi Okyere Wriedt played 90 minutes of the game for Holstein Kiel in their 3-1 defeat against SV Sandhausen

Braydon Manu saw 45 minutes for Darmstadt in their 3-0 win over Paderborn, Kelvin Ofori was introduced in the 75th minute for Paderborn

In Ligue I, Alexander Djiku played the entire duration for Strasbourg who recorded a 1-0 win over Clermont Foot, Alidu Siedu were in action Clermont while Salis Ahmed made the bench

In Ligue II, Emmanuel Lomotey and his teammate Nicholas Opoku were in action for Amiens in their 2-1 defeat Auxerre

Joseph Paintsil played 20 minutes of the game for Genk in their 2-0 defeat against Gent, his compatriot Elisha Owusu was also in action for Gent

In the MLS, Yaw Yeboah and Jonathan Mensah were both in action for Columbus Crew in their 2-0 defeat to New York City

Lalas Abubakar played 90 minutes for Colorado Rapids in their 2-0 win against Los Angeles FC, Both Latif Blessing and Kwadwo Poku saw some minutes of the game for LAFC

In the USL Championship,  Francis Atuahene was in action for Detroit City in their 4-2 win against Loudoun

In the Super Lig, Benjamin Tetteh, Philip Awuku and Haqi Osman were in action for Yeni Malatyaspor in their 3-o  defeat to Kayserispor

Eric Oteng played 67 minutes for IIves in their 1-0 win against Mariehamn, Mohammed Abubakari lasted 90 minutes in the game for Mariehamn

Edmund Arko-Mensah and  Adams Mohammed were in action for Honka in their 2-1 defeat to AC Oulu, Nana Banahene was on the bench

Ernest Agyiri played 83 minutes for Levadia in their 1-0 win against Paide, Abdul Razak Yusif played the full throttle for Paide

In PSL, Edwin Gyimah was in action for Sekhukhune as they lost 1-0 to Kazier Chiefs