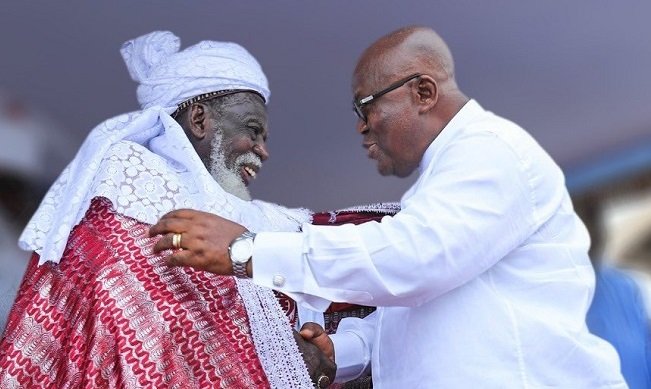 President Akufo-Addo has urged the Christian and Muslim communities to preserve Ghana’s religious tolerance with a call for cool heads over the Wesley Girls fasting saga.

A Muslim student of the school could not participate in Ramadan due to a policy by the school to prevent students from fasting.

This has resulted in heated exchanges between Christian and Muslim leaders.

As the Church of Methodist and other Christian bodies have backed the school, Muslims across the nation have called for the removal of the headmistress while condemning the church.

Commenting on the development in a virtual Eid ul-Fitr celebration on Thursday, May 13, President Akufo-Addo stated, “Schools have evolved and adopted their practices to suit the times, and I would urge that we do not turn them into the places to fight ideological and religious battles”.

He indicated that the Ministry of Education, leaders of the Christian and Muslim communities and the leadership of the school, are engaged in “solemn discussions about the way forward, and I am very hopeful that a satisfactory solution will be found for one and all.”

He observed that throughout the years, the schools have, by and large, managed to find a reasonable, balanced atmosphere to enable young people to flourish, and this has served Ghana well.

“Our young people deserve a peaceful atmosphere to be able to deal with the many challenges of studying and acquiring knowledge”, he noted.

He acknowledged that parents, certainly, must have a keen interest in the schools into whose care they entrust their children but pleaded for everyone “keep to the tolerance that has served us so well in matters of religion.

A Muslim father had accused the school of preventing Muslim students from fasting.

Ishmael Zakaria Alhassan visited the premises of the Cape Coast-based missionary school on April 26, 2021, to withdraw his ward, Bushira Ishmael, after receiving a call from his daughter over the school’s refusal to allow Muslim students to fast.

He, however, rescinded his decision after discussions with the school’s headmistress.

GES subsequently released a statement asking the school to reverse its decision.

GES directed Wesley Girls High School and all other schools to allow Muslim students to observe the Ramadan fast, with the written consent of parents, not to hold schools responsible for any health complications.

However, the directive may not be implemented as the Methodist Church of Ghana maintains its stance.

Other religious bodies such as the Christian Council and the Ghana Catholic Bishops’ Conference have backed the Methodist Church.