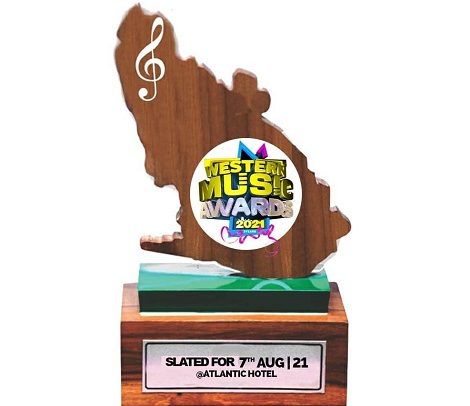 The fifth edition of the annual Western Music Awards (WMA) will take place on Saturday, August 7, at the Best Western Plus Atlantic Hotel in Takoradi, in the Western Region.

The awards ceremony is being organized to reward artists in the region for their hard work, dedication, and contribution to Ghana’s music industry.

Due to the ban on social gatherings as a result of the COVID-19 pandemic, this year’s awards ceremony will be 60% virtual with a 40% live audience.

The Public Relations Officer (PRO) of the awards scheme, Nana Kwesi Coomson said there would be a special dedication to Castro who disappeared seven years ago at this year’s edition.

“This year’s edition is of keen interest to us because for five years we have had the unflinching support of the showbiz players and the people of Western Region so are doing something exceptional this year. It would be a great experience this year,” Mr. Coomson added.

The event dubbed, ‘The Power of Music,’ will deliver back-to-back performances from all the artists billed for the event.

With only a few weeks to the event, the organizers said measures were being put in place to make the event historic than previous editions.

Twenty-six (26) categories and three honorary awards will be presented to deserving personalities at the ceremony.

Media mogul, Wilson Arthur, and two others will be honored this year.