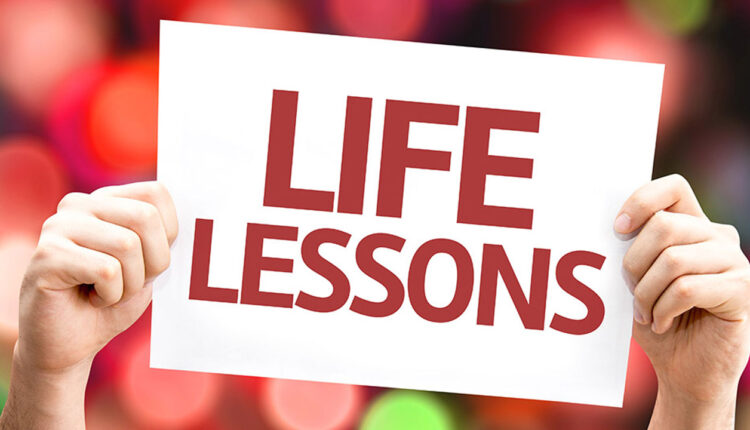 What You Need to Stop Doing

Life can deliver its share of troubles and we step up and handle them as best we can. But, for some, their struggles seem never to end. While they, too, are doing their best, what often fuels their difficulties is how they are running their lives. They seem to repeatedly fall into the same potholes, replicate the same dysfunctional patterns, and react to problems in old ways that no longer work.

If this seems to be true for you, maybe it’s time to step back, stop doing what isn’t working, and begin replacing this outdated psychological software with upgraded versions. Here are some of the most common potholes and patterns to stop alongside their new-and-improved replacements. See which resonate most with you:

Stop being a victim

You’re upset because your partner always brings up that incident at Christmas that he knows makes you angry. You’re tired all the time because you’re always going a hundred miles an hour juggling work, kids’ demands, and everyday life. The core problem here is that you see yourself as a victim of others and their reactions, a victim of the life that you have created.

What to start doing: Yes, you can’t control your partner; you feel trapped in a lifestyle that drains you. But most of all you’re not taking responsibility—for your emotions and your reactions, for the choices you make even when you feel like you are not making choices.

Being emotionally driven easily overlaps with feeling like a victim. What we’re talking about here is you running your everyday life based on how you feel. You’re tired, so you don’t mow the lawn or do your taxes; you’re overwhelmed about the new project at work, so put off tackling it; it’s already 2:00 pm, the day is shot, and so you mentally kick back and coast—you’ll tackle it tomorrow.

Folks who have high anxiety or who have AD/HD are often emotionally driven: They do what they do based on how they feel. The problem with this is that you understandably avoid what you don’t want to do, what is uncomfortable, and don’t follow through when the going gets tough.

What to start doing: The underlying problem is that your emotional brain is driving your life rather than your rational brain. It’s time to stop your rational brain from being a passenger and to allow it to become the driver: time to learn to act despite how you feel; time to develop some perseverance, some discipline so your feelings aren’t constantly derailing you from success.

It’s okay; that’s fine; no problem; whatever. If you find yourself saying these often, you probably get kudos for being laid back and accommodating, and as an extra bonus, you avoid a lot of conflict and confrontation. But it comes at a cost: by going along and essentially letting others make choices for you, you are living the life of a child rather than an adult who shapes his life by making his own decisions.

Periodically, you may find yourself feeling resentful; you may flare up and be self-destructive. Rather than living a life that reflects your unique purpose, the moral of your life is to not make waves, not get into trouble.

What to start doing: While those who are emotionally driven pay too much attention to their emotions, those who are passive tend to not pay enough attention to them. If you feel like it’s time to stop being passive, you have two skills to develop: One is listening to your gut, paying attention to what you don’t like, don’t want to; two is doing something with it.

Speak up, be assertive, tell others how you feel and think. Even if it takes three days to figure out how you feel, that’s fine; it’s okay to take baby steps. All you have to do is act. Not perfectly, not because you expect some magical outcome, not because it will make someone else happy. Simply speak up and act rather than leaning back and doing nothing.

Stop being a martyr

You volunteer for every committee; you’re always doing for others. That’s fine if that is part of your values, your vision of a good life. But all too often, it’s about anxiety, walking on eggshells. While the story you tell yourself is that you are just being a good person, you’re being over-responsible and being good so others like you, to avoid the conflict that may come from saying no. You can tell when you are losing control of your life when you get burned out, or, like those who are passive, you periodically feel resentful that others aren’t appreciating what you’re doing or are not pulling their weight. If this happens to you, your life is out of balance; you’re being a martyr.

What to start doing: Like the others, realize and acknowledge when this is happening. Next, do what you struggle to do. Keep your hand down when they call for volunteers; learn to say no. Change your expectations about what you expect from others in return. Use your burnout as a wake-up call to tell you that you are not living your life.

The vacation your partner planned was “okay.” The salary increase wasn’t what you expected but “understandable.” Good for you for not overreacting and being critical. But…if you are doing this a lot, if your life is an endless series of compromises and watered-down experiences, if you are always settling, eventually it’s going to back up on you. Yes, it is good enough, but like that poor woman who in old age regretted eating too many beans and not enough ice cream, do you too need to learn to slow down on the beans and try going for more ice cream?

What to start doing: Speak up and try not to rationalize that what you get is good enough, or that it’s probably what you should only expect. You deserve more than you think; you can get more than you believe you can. You have to believe it and try living it to find out.

The relationship isn’t working out—you ghost him. Your supervisor is awful, and you quit. Your mother makes some nasty comments about your partner, and you decide you’re done and never want to talk to her again.

This is about coping with hurtful situations by cutting them off—the situation, the pain, the person. The problem here is your anxiety and your coping style works so you keep doing it. But the downside is that your life becomes a series of emotional cutoffs and unresolved problems; the hurt isn’t ever really resolved. You never learn the lessons that life can teach you. You stay the victim; your life is an accumulation of problems swept under the rug.

What to start doing: Don’t run; talk. Don’t run; tackle the problem. Your supervisor may still be a monster, your mother sticks to her nasty ways, but you’ve pushed back. You’ve been that adult rather than the scared, angry 10-year-old who runs away. At some point, what you say will be heard and the problem will be fixed.

The theme here is clear: Figure out what you can’t do, where you settle, resign, go on auto-pilot, or avoid what is hard. Stop doing it. Try doing the opposite.

8 signs your guy really wants to marry you

10 Songs To Add To Your Holiday Playlist

Smile: Why It’s Important in Personal Life and Workplace

5 Reasons Your Intense First Love Was Actually A Mind Game