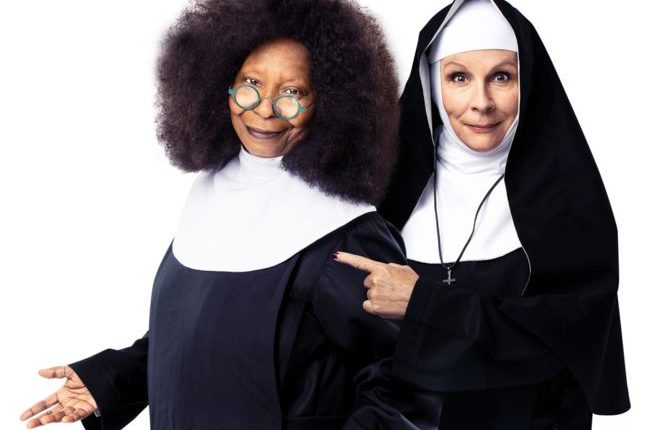 Whoopi Goldberg is to return to the London stage musical Sister Act – this time in the starring role she originally played in the two hit films.

The actress and comedian will play Deloris Van Cartier, the singer who hides in a convent disguised as a nun after she witnesses a murder.

Jennifer Saunders will play the convent’s Mother Superior in the newly-adapted version of the hit musical.

Goldberg briefly appeared in the Mother role in 2010 in the West End show.

As well as performing, Goldberg will act as producer of the new version at London’s Eventim Apollo, as she did when the show first debuted in the West End in 2009.

In a video posted on Twitter, Goldberg said: “Yeah, the original Deloris Van Carter is back. A little older, a little seasoned but really still kind of out there.”

*WHOOPI’S BACK* @WhoopiGoldberg will be coming to the @EventimApollo London next summer to play Deloris in @sisteractsocial alongside JENNIFER SAUNDERS as Mother Superior! It's gonna be (absolutely) FABULOUS, BABY! *ONLY 39 PERFORMANCES* https://t.co/zMCyVwhptx @ferrifrump pic.twitter.com/YAQ0YKix6Z

Saunders suggested Goldberg’s performance as Deloris “could be the event of the century”.

Co-producer Jamie Wilson said Goldberg would be “playing the part she is so famous and so loved for”.

When Goldberg first joined the cast of the original London production at the London Palladium it was for a limited engagement.

She was forced to cancel her final appearances owing to family reasons, but made five subsequent appearances in October of that year, the week prior to the show’s closure.

The musical’s plot closely follows that of the first Sister Act film, where singer Deloris witnesses a murder and is forced to go into witness protection, joining the last place she’s likely to be found – a convent.

As she initially struggles with life at the convent, under the guise of Sister Mary Clarence, Mother Superior sets her the task of working with the choir – leading Deloris to find her own voice as well as helping her friends find theirs.

The stage show features songs from Alan Menken, the award-winning composer known for his scores to Disney films such as The Little Mermaid and Aladdin.